Hunted: A Suspense Collection by Various

– HAVE YOU SEEN THIS GIRL? by Carissa Ann Lynch –
Wendi was lured away from a local skating rink, at the age of thirteen, and held captive in a place she calls ‘The House of Horrors.’ Dumped off blindfolded on the side of a dirt road, Wendi soon discovered that she was addicted to the drugs they fed her while she was captive. Too scared to go home, she hopped on a bus, vanishing from the family she loved.
The town of Flocksdale is littered with fliers with a grainy image of young Wendi, and the words ‘Have You Seen This Girl?’ written below. Now, eight years later, she’s on a mission—a mission to find the mysterious house from her youth and the monsters who dwell inside it.

– DARKNESS LURKS by J.L. Drake –
Jimmy Lasko is a psychopath, and Emily is his greatest obsession. He is watching and waiting for the perfect opportunity to strike, and that time is coming soon; he’ll make sure of it.
When Emily begins hearing noises and suspects someone has been in her house, Seth urges her to get a roommate. But after a search, she realizes a certain attractive cop would be the perfect choice, so Seth moves in. In all areas of his life, Seth sees himself as a protector and he’s determined to keep Emily safe.
But is it worth the risk to bait the trap with what he wants most?

– NOT FORGOTTEN by Camille Taylor –
Detective Matt Murphy is assigned the case no one else wants. The Butcher is a ghost, killing all over Australia for years, and now he’s made the small coastal city of Harbour Bay his hunting ground.
Gifted psychologist Natalie Miller is no stranger to a violent past and wants to help Matt solve this unsolvable case.
Matt races against time to stop the bloody rampage, and Natalie might hold the key to breaking the case. But will they survive with their lives and hearts intact?

– NURSE BLOOD by Rebecca Besser –
Agent David McCoy vows to find out how and why his twin brother disappeared. When the evidence finally uncovers the shocking truth that Daniel’s disappearance is linked to organ harvesters, David knows his brother is most likely dead. But he’s determined to stop the villains’ killing spree before they strike again.
One last harvest is all Sonya and her team need to put their murderous past behind them…
Will David unravel Sonya’s wicked plans in time to avenge his brother and save an innocent family or will Sonya cash in her final kill and escape for good?

– THE TEN by Luke Swanson –
Thou shall not steal.
Remember the Sabbath and keep it holy.
Thou shall not kill…unless it’s torture.
Abel believes he is chosen by God to rid the world of the unrighteous. One by one, he hunts down those who break the Ten Commandments and plots heinous deaths.
Jason has been to more crime scenes than he can count. As the bodies continue to surface, Jason knows he is out of time. He has only two choices…
Track down the elusive serial killer and save the next target from a grisly demise, or wait for Abel—the self-proclaimed assassin of God—to trigger the most horrifying religious war of his time.

– AMBER ALERT by Sara Schoen –
Anna was taken…
Taken from her home to live out a sick game that a guy has been playing for the last ten years. With no certainty that anyone is looking for her, and seemingly hours away from home, she’s forced to play housewife with a man that has had twelve other ‘wives’ each of them now dead.
With 12 rules and the obvious exits blocked, from the previous girls attempts to flee, is Anna’s only way out to play along and become a ‘loving wife’? Or will she die during the chase?
Would anyone even know what happened to her? 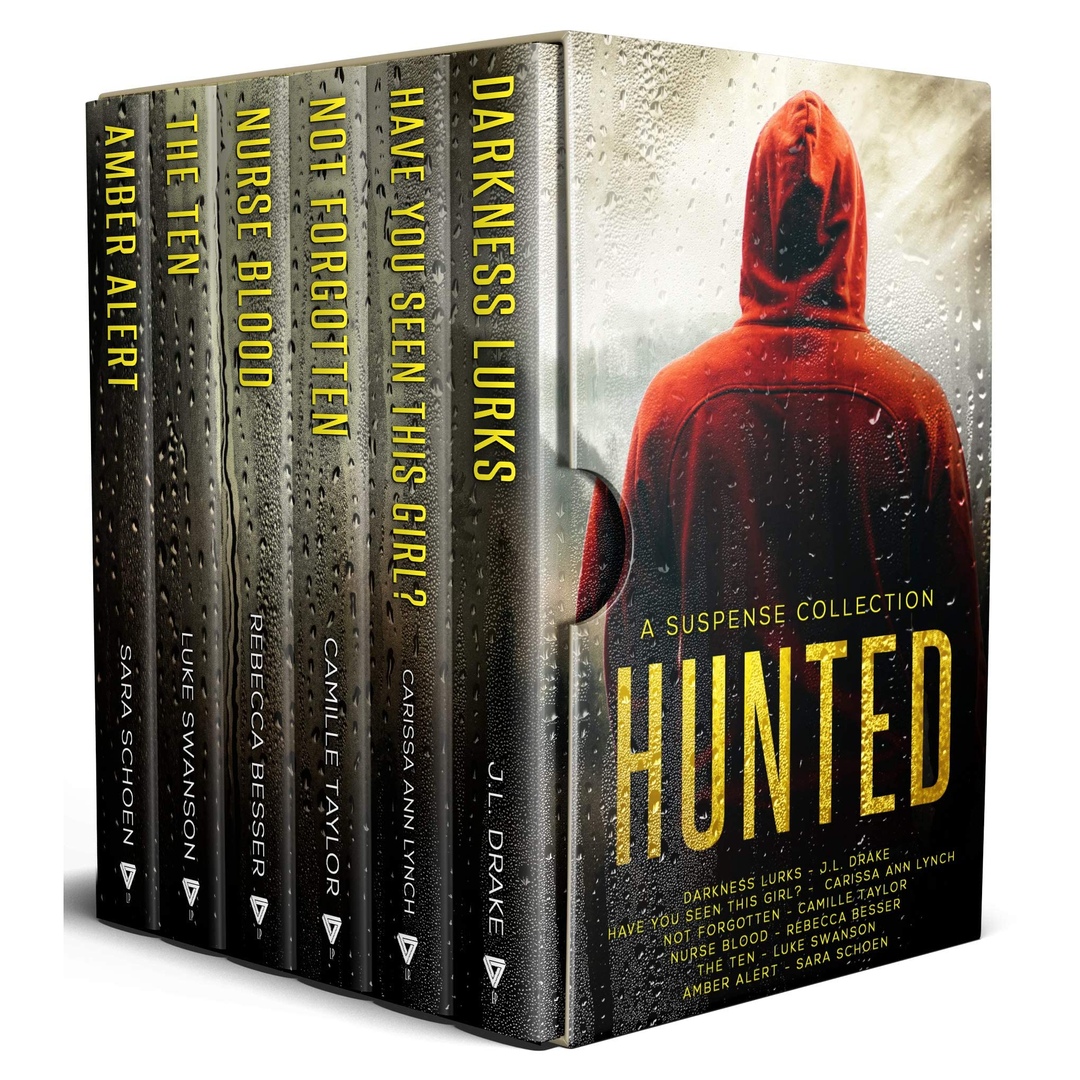 Hunted.pdf
5.93 MB
Please Share This
Related Posts
Many magazines
on the
→ MAGAZINELIB.COM
Book for today - 2019-2022