Twelve-year-old House Jackson–star pitcher and team captain of the Aurora County All-Stars–has been sidelined for a whole sorry year with a broken elbow. He’s finally ready to play, but wouldn’t you know that the team’s only game of the year has been scheduled for the exact same time as the town’s 200th-anniversary pageant. Now House must face the pageant’s director, full-of-herself Frances Shotz (his nemesis and perpetrator of the elbow break), and get his team out of this mess.

There’s also the matter of a mysterious old recluse who has died and left House a wheezy old dog named Eudora Welty–and a puzzling book of poetry by someone named Walt Whitman.

Through the long, hot month of June, House makes surprising and valuable discoveries about family, friendship, poetry . . . and baseball. 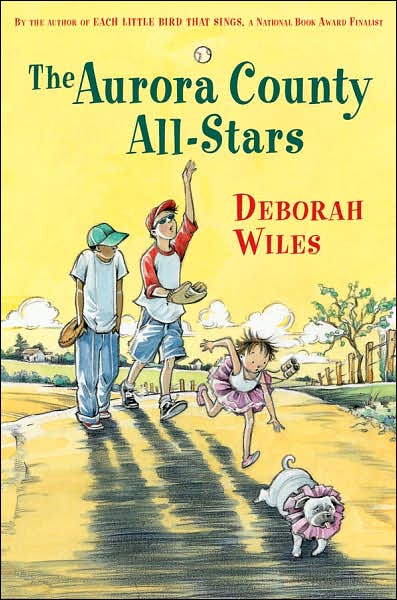 Deborah Wiles - The Aurora County All-Stars.pdf
2.09 MB
Please Share This
Related Posts
Many magazines
on the
→ MAGAZINELIB.COM
Book for today - 2019-2022