Nicole Williams – The Fable of Us

Her heart can’t be destroyed by the same person twice. At least that’s what Clara Abbot finds herself hoping when she runs into Boone Cavanaugh less than an hour after returning to Charleston. As kids, Clara and Boone had been each other’s firsts, and no one or nothing could stand in the way of their forever. But all kids have to grow up sometime. The troubled son of the town drunk winding up with the firstborn daughter of the local royalty was a happy ending even the most imaginative of fairy tales couldn’t make believable. Their fable came to an end as most do: tragically. Boone might have done the leaving, but it was Clara who got away and made a new life for herself in California. But after seven years of dodging her hometown, she’s only back in Charleston for seven days to celebrate her sister’s wedding. She won’t let her overbearing family or her run-in with Boone rattle her—though rattling her is obviously Boone’s primary objective. Boone is her past and her past is behind her, a mere speck in the rearview. So why does she feel it coming back every time she looks at him? Why does she see it every time he looks back? Just when Clara’s life can’t possibly get more complicated, the ground shifts, and she discovers just how far her family was willing to go to keep the wrong boy out of her life. Was it really Boone who left her? Or was it Clara who left him? The truth will be hard to face. Especially when she discovers most of her life has been built on lies. 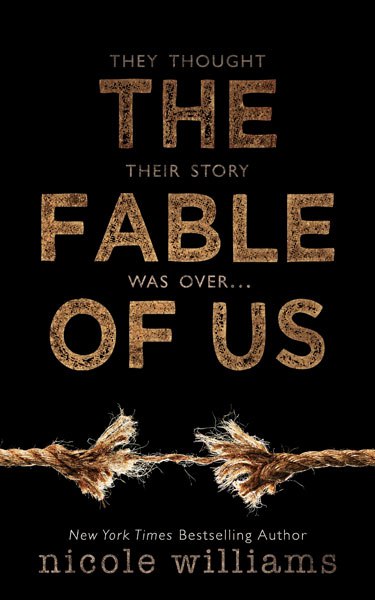