During the tumultuous 1950s in America, sex was as threatening to the nation’s moral order as communism. New York was the capital of the post–World War II world and the epicenter of a fierce culture war over music, theatre, movies, fashion, and literature, as well as birth control, homosexuality, adolescent sex, pornography, and prostitution. Over the last half-century, America’s social life—especially notions of culture, sexuality, and politics—has fundamentally changed, and what were once sinful or subversive sexual practices have been integrated into the marketplace, irreversibly changing American moral values; the once illicit has become an industry of more than $50 billion.

Drawing on first-person interviews, unpublished memoirs, newspaper accounts, contemporary studies, government documents, and recent scholarship, Sin, Sex & Subversion argues that “deviant” sexuality was subversive, and that unique New York “outsiders” of the 1950s set the stage for the following decades and the world we know today. In each chapter, author David Rosen examines a critical moral issue through an in-depth profile of figures such as Liberace, Samuel Roth, Bettie Page, the Rosenbergs, and others. Through these individuals, Rosen shows how those who operated outside the law or who challenged popular values, even if they were silenced in their time, ended up paving the way for a new normal. 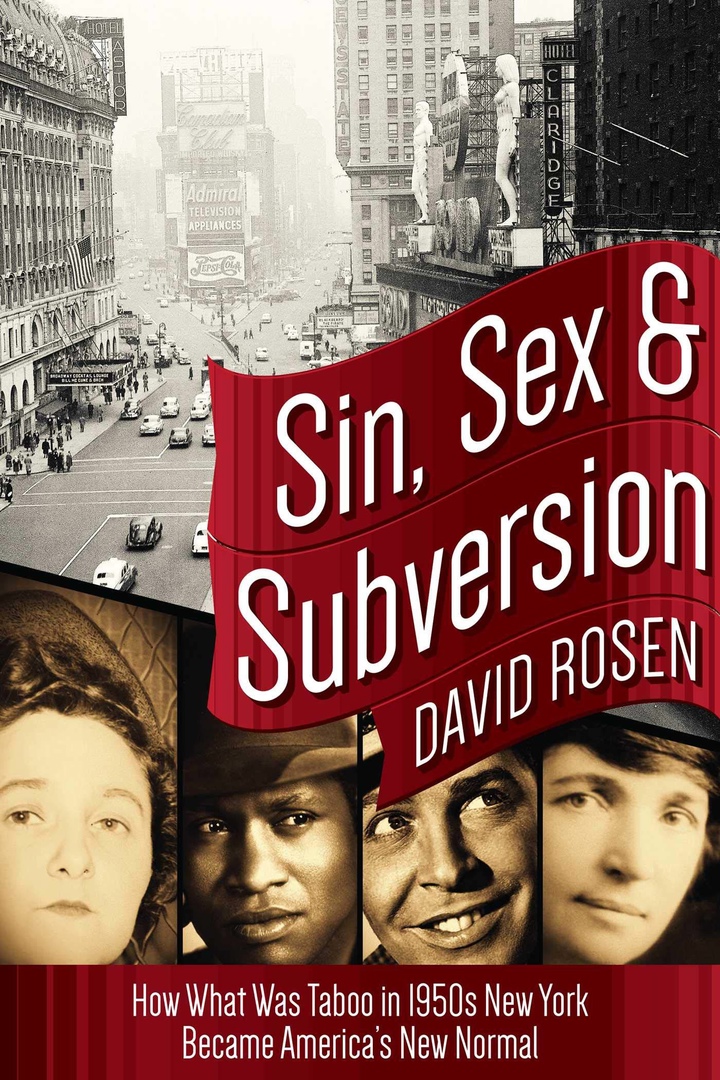