Corban Addison – A Harvest of Thorns

In Dhaka, Bangladesh, a garment factory burns to the ground, claiming the lives of hundreds of workers, mostly young women. Amid the rubble, a bystander captures a heart-stopping photograph—a teenage girl lying in the dirt, her body broken by a multi-story fall, and over her mouth a mask of fabric bearing the label of one of America’s largest retailers, Presto Omnishops Corporation.

Eight thousand miles away at Presto’s headquarters in Virginia, Cameron Alexander, the company’s long-time general counsel, watches the media coverage in horror, wondering if the damage can be contained. When the photo goes viral, fanning the flames of a decades-old controversy about sweatshops, labor rights, and the ethics of globalization, he launches an investigation into the disaster that will reach further than he could ever imagine—and threaten everything he has left in the world.

A year later in Washington DC, Joshua Griswold, a disgraced former journalist from the Washington Post, receives an anonymous summons from a corporate whistleblower who offers him confidential information about Presto and the fi re. For Griswold, the challenge of exposing Presto’s culpability is irresistible, as is the chance, however slight, at redemption. Deploying his old journalistic skills, he builds a historic case against Presto, setting the stage for a war in the courtroom and in the media that Griswold is determined to win—both to salvage his reputation and to provoke a revolution in Presto’s boardroom that could transform the fashion industry across the globe. 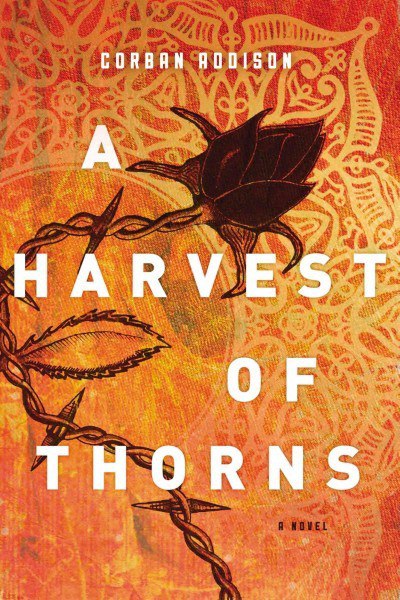 Corban Addison - A Harvest of Thorns.epub
700.99 KB
Please Share This
Related Posts
Many magazines
on the
→ MAGAZINELIB.COM
Book for today - 2019-2022