Verticality, architectural and social, is the lofty idea at the heart of Colson Whitehead’s odd, sly, and ultimately irresistible first novel. The setting is an unnamed though obviously New Yorkish high-rise city, the time less convincingly future than deliciously other, as it combines 21st-century engineering feats with 19th-century pork-barrel politics and smoky working-class pubs. Elevators are the technological expression of the vertical idea, and Lila Mae Watson, the city’s first black female elevator inspector, is its embattled token of upward mobility.

Lila Mae’s good ol’ boy colleagues in the Department of Elevator Inspectors are understandably jealous of the flawless record that her natural intelligence and diligence have earned, and understandably delighted when Number Eleven in the newly completed Fanny Briggs Memorial Building goes into deadly free fall just hours after Lila Mae has signed off on it, using the controversial “Intuitionist” method of ascertaining elevator safety. It is, after all, an election year in the Elevator Guild, and the Empiricists would do most anything to discredit the Intuitionist faction. Everyone on both sides assumes that Number Eleven was sabotaged and Lila Mae set up to take the fall. “So complete is Number Eleven’s ruin,” writes Whitehead, “that there’s nothing left but the sound of the crash, rising in the shaft, a fall in opposite: a soul.” Lila Mae’s doom seems equally irreversible.

Whitehead evokes a world so utterly involving to its own denizens that outside reality does not impinge on its perfect solipsism. We the readers are taken hostage as Lila Mae strives to exonerate herself in this urgent adventure full of government spies, underworld hit men, and seductive double agents. Behind the action, always, is the Idea. Lila Mae’s quest reveals the existence of heretofore lost writings by James Fulton, father of Intuitionism, a giant of vertical thought, whose fate is mysteriously entwined with her own. If she is able to find and reveal his plan for the Black Box, the perfect, next-generation elevator, the city as it now exists will instantly be obsolescent. The social and economic implications are huge and the denouement is elegantly philosophical. Most impressive of all is the integrity of Whitehead’s prose. Eschewing mere cleverness, resisting showoff word play, he somehow manages to strike a tone that’s always funny, always fierce, and always entirely respectful of his characters and their world. May the god of second novels smile as broadly on him as did the god of firsts. -Joyce Thompson 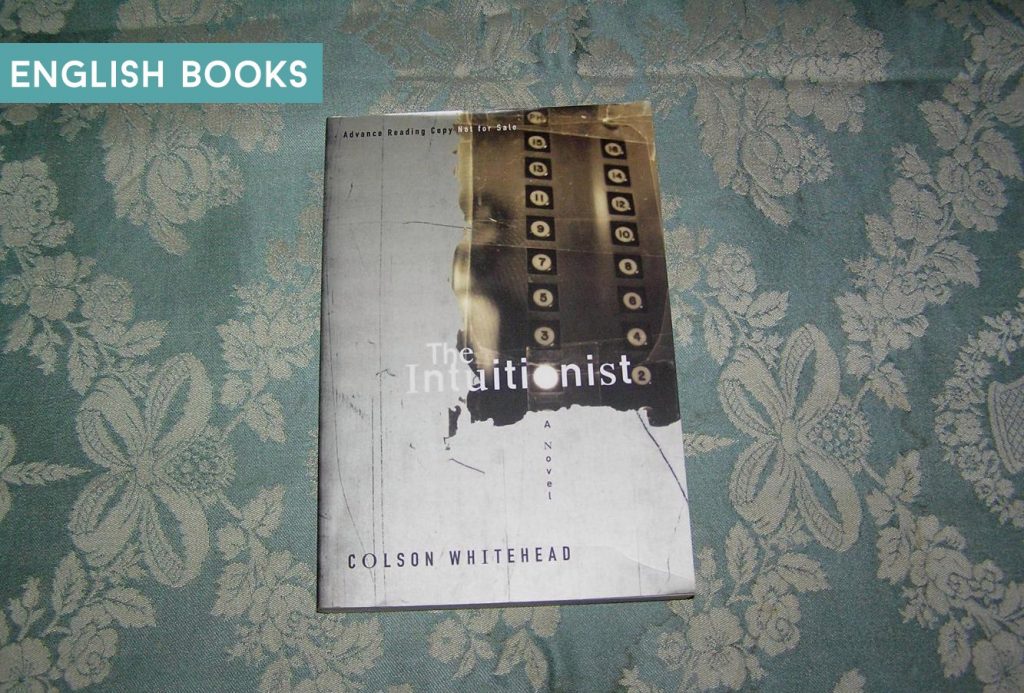 The Intuitionist.txt
477.07 KB
Please Share This
Related Posts
Many magazines
on the
→ MAGAZINELIB.COM
Book for today - 2019