“I need to rebel against myself. It’s the opposite of following your bliss. I need to do what I most fear.” Beleaguered reporter Carl Streator is stuck writing about SIDS and grieving for his dead wife and child; he copes by building perfect model homes and smashing them with a bare foot. But things only get worse: Carl accidentally memorizes an ancient African “culling song” that kills anyone he focuses on while mentally reciting it, until killing “gets to be a bad habit.” His only friend, Nash, a creepy necrophiliac coroner, amuses himself with Carl’s victims. Salvation of a sort comes in the form of Helen Hoover Boyle, a witch making a tidy living as a real estate broker selling-and quickly reselling-haunted houses. She, too, knows the culling song and finances her diamond addiction by freelancing as a telepathic assassin. Carl and Helen hit the road with Helen’s Wiccan assistant, Mona, and her blackmailing boyfriend, Oyster, on a search-and-destroy mission for all outstanding copies of the culling song, as well as an all-powerful master tome of spells, a grimoire. Hilarious satire, both supernatural and scatological, ensues, the subtext of which seems to be Palahniuk’s conviction that information has become a weapon (“Imagine a plague you catch through your ears”), and the bizarre love affair between Helen and Carl offers the lone linear thread in a field of narrative flak bursts. But the chief significance of this novel is Palahniuk’s decision to commit himself to a genre, and this horror tale of both magic and mundane modernity plants him firmly in a category where previously he existed as a genre of one. 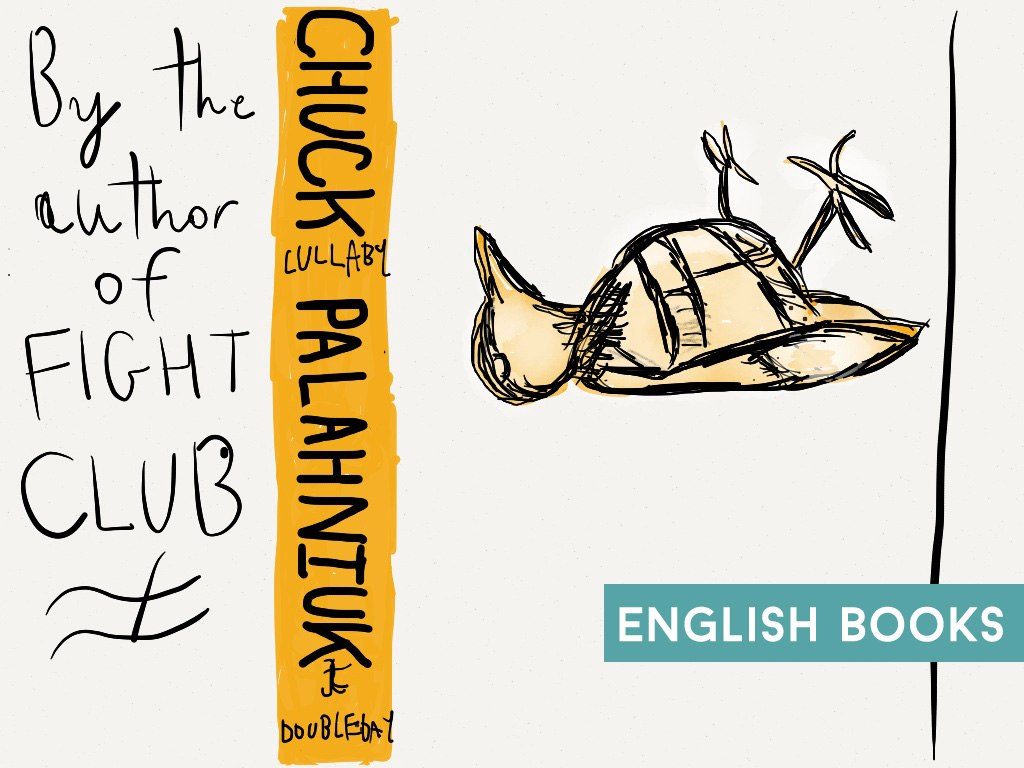