In A Generation of Sociopaths, Gibney examines the disastrous policies of the most powerful generation in modern history, showing how the Boomers ruthlessly enriched themselves at the expense of future generations.

Acting without empathy, prudence, or respect for facts–acting, in other words, as sociopaths–the Boomers turned American dynamism into stagnation, inequality, and bipartisan fiasco. The Boomers have set a time bomb for the 2030s, when damage to Social Security, public finances, and the environment will become catastrophic and possibly irreversible–and when, not coincidentally, Boomers will be dying off.

Gibney argues that younger generations have a fleeting window to hold the Boomers accountable and begin restoring America. 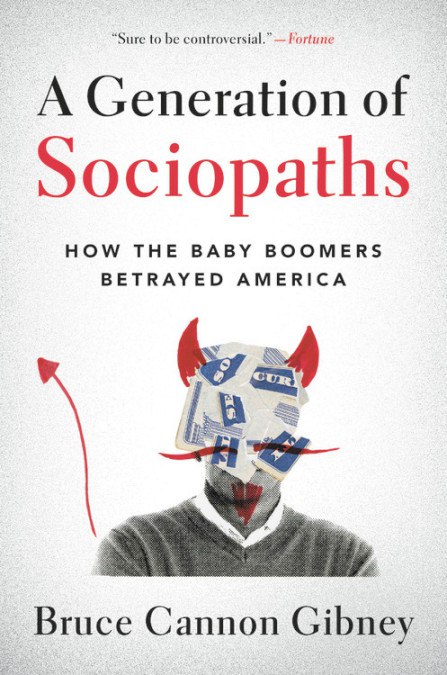 AGenerationofSociopaths.epub
4.27 MB
Please Share This
Related Posts
Many magazines
on the
→ MAGAZINELIB.COM
Book for today - 2019-2022