• sʏɴᴏᴘsɪs •
Two girls are forced into the woods at gunpoint. One runs for her life. One is left behind.

Twenty-eight years ago, Charlotte and Samantha Quinn’s happy small-town family life was torn apart by a terrifying attack on their family home. It left their mother dead. It left their father—Pikeville’s notorious defense attorney—devastated. And it left the family fractured beyond repair, consumed by secrets from that terrible night.

Twenty-eight years later, Charlotte has followed in her father’s footsteps to become a lawyer herself—the ideal good daughter. But when violence comes to Pikeville again, and a shocking tragedy leaves the whole town traumatized, Charlotte is plunged into a nightmare. Not only is she the first witness on the scene, but it’s a case that unleashes the terrible memories she’s spent so long trying to suppress–because the shocking truth about the crime that destroyed her family nearly thirty years ago won’t stay buried forever. Packed with twists and turns, brimming with emotion and heart, The Good Daughter is fiction at its most thrilling.

• sʏɴᴏᴘsɪs •
The electrifying new thriller from international bestseller Karin Slaughter explores the deadly secrets kept between a mother and daughter.

What if the person youthought you knew best turns out to be someone you never knew at all?

AndreaCooper knows everything about her mother Laura. She’s knows she’s spent herwhole life in the small beachside town of Gullaway Island; she knows she’snever had any more ambition than to live a quiet life as a pillar of thecommunity; she knows she’s never kept a secret in her life. Because we all knowour mothers, don’t we?

But all thatchanges when a trip to the mall explodes into violence and Andrea suddenly seesa completely different side to Laura. A side which is a million miles from thequiet, gentle woman who brought her up. And more than that, news coverage ofthe mall attack puts Laura’s face on every TV screen in the country – and leavesher terrified. Because it turns out that before Laura was Laura she was someonecompletely different. For nearly 30 years she’s been hiding from her previousidentity, lying low in the hope that no one will ever find her and re-open thewounds left by the terrible events which made it impossible for her ever to goback. But now she’s been exposed, and nothing will ever be the same again.

Twenty-fourhours later Laura is in hospital, shot by an intruder who’s spent thirty yearstrying to track her down and discover what she knows. Andrea is on a desperatejourney following the breadcrumbs of her mother’s past. And if she can’tuncover the secrets hidden there, there may be no future for either of them …

• sʏɴᴏᴘsɪs •
Twenty years ago Claire Scott’s eldest sister, Julia, went missing. No one knew where she went – no note, no body. It was a mystery that was never solved and it tore her family apart.

Now another girl has disappeared, with chilling echoes of the past. And it seems that she might not be the only one.

But when she begins to learn the truth about her sister, she is confronted with a shocking discovery, and nothing will ever be the same… 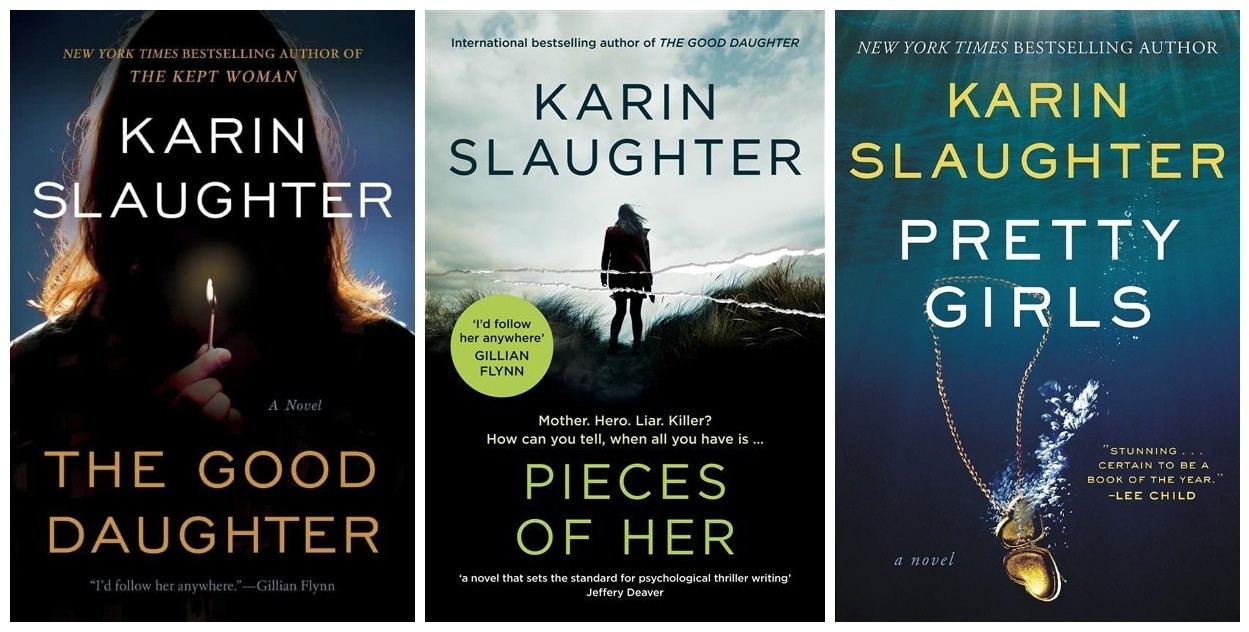 The_Good_Daughter_-_Karin_Slaughter.epub
904.66 KB
Please Share This
Related Posts
Many magazines
on the
→ MAGAZINELIB.COM
Book for today - 2019-2022