At the beginning of the nineteenth century, the life of a petty tyrant in an obscure corner of the Ottoman Empire became the stuff of legend. What propelled this cold-blooded archetype of Oriental despotism, grandly known as ‘the Lion of Yanina’ and the ‘Balkan Napoleon’, into the consciousness of Western rulers and the general public? This book charts the rise of Ali Pasha from brigand leader to a player in world affairs and, ultimately, to a gruesome end.

Ali exploited the internal weakness of the Ottoman Empire to carve out his own de facto empire in Albania and Western Greece. Although a ruthless tyrant guilty of cruel atrocities, his lavish court became an attraction to Western travelers, most famously Lord Byron, and his military prowess led Britain, Russia and France to seek his alliance during the Napoleonic Wars. His activities undermined the Sultan’s authority and ultimately led to the Greek War of Independence.

Quentin and Eugenia Russell describe his remarkable life and military career as well as the legacy he bequeathed in his homeland as a nationalist hero and further afield as inspiration for writers and artists of the Romantic movement. 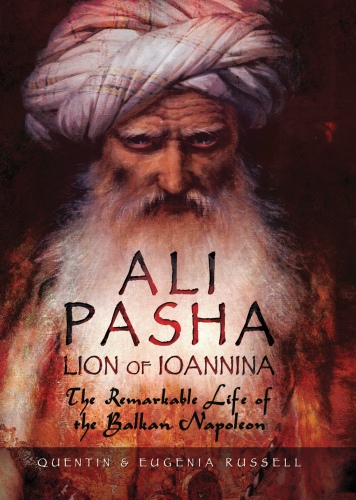 Ali Pasha, Lion of Ioannina. The Remarkable Life of the Balkan Napoleon.epub
19.55 MB
Please Share This
Related Posts
Many magazines
on the
→ MAGAZINELIB.COM
Book for today - 2019-2022