In 1901, the Tuskegee Institute, founded by Booker T. Washington, sent an expedition to the German colony of Togo in West Africa, with the purpose of transforming the region into a cotton economy similar to that of the post-Reconstruction American South. Alabama in Africa explores the politics of labor, sexuality, and race behind this endeavor, and the economic, political, and intellectual links connecting Germany, Africa, and the southern United States. The cross-fertilization of histories and practices led to the emergence of a global South, reproduced social inequities on both sides of the Atlantic, and pushed the American South and the German Empire to the forefront of modern colonialism.

Zimmerman shows how the people of Togo, rather than serving as a blank slate for American and German ideologies, helped shape their region’s place in the global South. He looks at the forms of resistance pioneered by African American freedpeople, Polish migrant laborers, African cotton cultivators, and other groups exploited by, but never passive victims of, the growing colonial political economy. Zimmerman reconstructs the social science of the global South formulated by such thinkers as Max Weber and W.E.B. Du Bois, and reveals how their theories continue to define contemporary race, class, and culture.

Tracking the intertwined histories of Europe, Africa, and the Americas at the turn of the century, Alabama in Africa shows how the politics and economics of the segregated American South significantly reshaped other areas of the world. 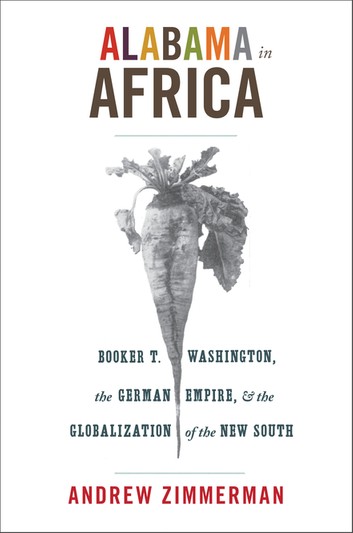 Alabama in Africa. Booker T. Washington, the German Empire, and the Globalization of the New South.pdf
3.26 MB
Please Share This
Related Posts
Book for today - 2019