1. Summer Crossing. Truman Capote
Thought to be lost for over 50 years, here is the first novel by one of the greatest American writers of the 20th century.
Set in New York during the summer of 1945, this is the story of a young carefree socialite, Grady, who must make serious decisions about the romance she is dangerously pursuing and the effect it will have on everyone involved.
Fans of Breakfast at Tiffany’s and Capote’s short stories will be thrilled to read Summer Crossing.

2. Jonathan Strange and Mr. Norrell. Susanna Clarke
Two magicians shall appear in England. The first shall fear me; the second shall long to behold me The year is 1806. England is beleaguered by the long war with Napoleon, and centuries have passed since practical magicians faded into the nation’s past. But scholars of this glorious history discover that one remains: the reclusive Mr Norrell whose displays of magic send a thrill through the country. Proceeding to London, he raises a beautiful woman from the dead and summons an army of ghostly ships to terrify the French. Yet the cautious, fussy Norrell is challenged by the emergence of another magician: the brilliant novice Jonathan Strange. Young, handsome and daring, Strange is the very opposite of Norrell. So begins a dangerous battle between these two great men which overwhelms the one between England and France. And their own obsessions and secret dabblings with the dark arts are going to cause more trouble than they can imagine.

3. Watership Down. Richard Adams
A phenomenal worldwide bestseller for over thirty years, Richard Adams’s Watership Down is a timeless classic and one of the most beloved novels of all time. Set in England’s Downs, a once idyllic rural landscape, this stirringtale of adventure, courage and survival follows a band of very special creatures on their flight from the intrusion of man and the certain destruction of their home. Led by a stouthearted pair of brothers, they journey forth from their native Sandleford Warren through the harrowing trials posed by predators and adversaries, to a mysterious promised land and a more perfect society.

4. Dandelion Wine. Ray Bradbury
The summer of ’28 was a vintage season for a growing boy. A summer of green apple trees, mowed lawns, and new sneakers. Of half-burnt firecrackers, of gathering dandelions, of Grandma’s belly-busting dinner. It was a summer of sorrows and marvels and gold-fuzzed bees. A magical, timeless summer in the life of a twelve-year-old boy named Douglas Spaulding—remembered forever by the incomparable Ray Bradbury.

5.Tender Is the Night. Scott F. Fitzgerald
While holidaying at a villa on the French Riviera, Dick and Nicole Diver, a wealthy American couple, meet the young film star Rosemary Hoyt. Her arrival causes a stir in their social circle and exposes the cracks in their fragile marriage. As their relationship unravels, the glimpses of their troubled past emerge, and a series of disturbing events unfolds.

6. The Door into Summer. Robert A. Heinlein
Dan Davis was tricked by an unscrupulous business partner and a greedy fiancee into spending thirty years in suspended animation just when he was on the verge of a success beyond his wildest dreams. But when he awoke in the future, he discovered he had the means to travel back in time — and get his revenge!

7. Three Men in a Boat. Jerome K. Jerome
Three Men in a Boat (To Say Nothing of the Dog), published in 1889, is a humorous account by English writer Jerome K. Jerome of a two-week boating holiday on the Thames from Kingston to Oxford and back to Kingston. The book was initially intended to be a serious travel guide, with accounts of local history along the route, but the humorous elements took over to the point where the serious and somewhat sentimental passages seem a distraction to the comic novel. One of the most praised things about Three Men in a Boat is how undated it appears to modern readers – the jokes seem fresh and witty even today. The three men are based on Jerome himself (the narrator J.) and two real-life friends, George Wingrave (who would become a senior manager at Barclays Bank) and Carl Hentschel (the founder of a London printing business, called Harris in the book), with whom J. often took boating trips. The dog, Montmorency, is entirely fictional but, “as Jerome admits, developed out of that area of inner consciousness which, in all Englishmen, contains an element of the dog.” The trip is a typical boating holiday of the time in a Thames camping skiff. This was just after commercial boat traffic on the Upper Thames had died out, replaced by the 1880s craze for boating as a leisure activity. Following the overwhelming success of Three Men in a Boat, Jerome later published a sequel, about a cycling tour in Germany, titled Three Men on the Bummel (also known as Three Men on Wheels, 1900).

8. This Is Where I Leave You. Jonathan Tropper
The death of Judd Foxman’s father marks the first time that the entire Foxman family-including Judd’s mother, brothers, and sister-have been together in years. Conspicuously absent: Judd’s wife, Jen, whose fourteen-month affair with Judd’s radio-shock-jock boss has recently become painfully public. Simultaneously mourning the death of his father and the demise of his marriage, Judd joins the rest of the Foxmans as they reluctantly submit to their patriarch’s dying request: to spend the seven days following the funeral together. In the same house. Like a family. As the week quickly spins out of control, longstanding grudges resurface, secrets are revealed, and old passions reawakened. For Judd, it’s a weeklong attempt to make sense of the mess his life has become while trying in vain not to get sucked into the regressive battles of his madly dysfunctional family. All of which would be hard enough without the bomb Jen dropped the day Judd’s father died: She’s pregnant. This Is Where I Leave You is Jonathan Tropper’s most accomplished work to date, a riotously funny, emotionally raw novel about love, marriage, divorce, family, and the ties that bind-whether we like it or not.

9. The Sweetness at the Bottom of the Pie. Alan Bradley
It is the summer of 1950–and at the once-grand mansion of Buckshaw, young Flavia de Luce, an aspiring chemist with a passion for poison, is intrigued by a series of inexplicable events: A dead bird is found on the doorstep, a postage stamp bizarrely pinned to its beak. Then, hours later, Flavia finds a man lying in the cucumber patch and watches him as he takes his dying breath.

For Flavia, who is both appalled and delighted, life begins in earnest when murder comes to Buckshaw. “I wish I could say I was afraid, but I wasn’t. Quite the contrary. This was by far the most interesting thing that had ever happened to me in my entire life.” 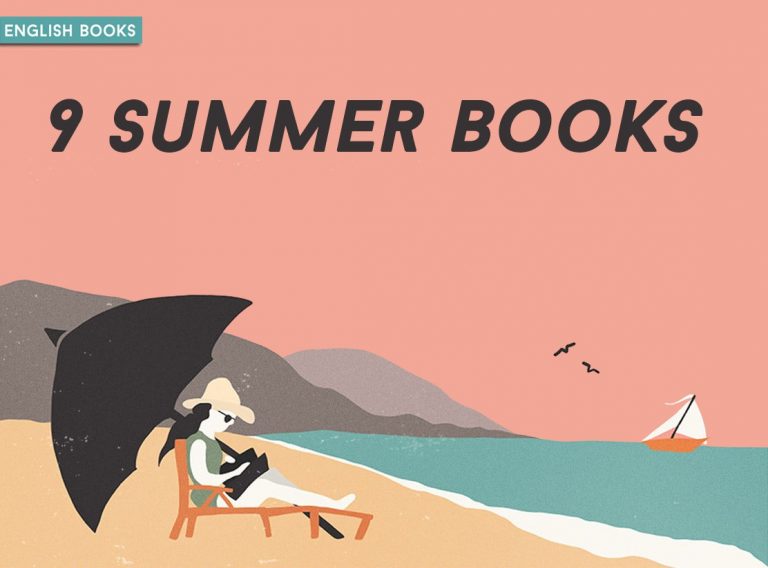 The Sweetness At the Bottom of the Pie.epub
1.11 MB
Please Share This
Related Posts
Many magazines
on the
→ MAGAZINELIB.COM
Book for today - 2019-2022