1. Suzanne Collins. The Hunger Games
Katniss is a 16-year-old girl living with her mother and younger sister in the poorest district of Panem, the remains of what used be the United States. Long ago the districts waged war on the Capitol and were defeated. As part of the surrender terms, each district agreed to send one boy and one girl to appear in an annual televised event called, “The Hunger Games”. The terrain, rules, and level of audience participation may change but one thing is constant: kill or be killed. When Kat’s sister is chosen by lottery, Kat steps up to go in her place.

2. Cormac McCarthy. The Road
Ask any literary critic–& most discerning readers–to name the greatest living American novelist, & Cormac McCarthy is sure to surface as a major contender. Best known for his powerful regional fiction (Sutree, the Border Trilogy, Blood Meridian et al), this dazzling prose stylist crafts tragic, unforgettable stories suffused with violence, alienation & an undeniably apocalyptic vision. Now, in what we consider McCarthy’s best novel to date, the apocalypse itself becomes a set piece. Unfolding in a terrifying future where Armageddon has been waged & lost, The Road traces the odyssey of a father & his young son through a desolate landscape of devastation & danger. Powerful, moving, extraordinary by any standard, this is McCarthy at his gravest.

3. James Dashner. The Scorch Trials
Solving the maze was supposed to be the end. No more puzzles.
No more variables. And no more running. Thomas was sure that escape meant he and the Gladers would get their lives back. But no one really knew what sort of life they were going back to.
In the Maze, life was easy. They had food, and shelter, and safety… until Teresa triggered the end. In the world outside the Maze. however, the end was triggered long ago.
Burned by sun flares and baked by a new, brutal climate, the Earth is a wasteland. Government has disintegrated—and with it, order—and now Cranks, people covered in festering wounds and driven to murderous insanity by the infectious disease known as a Flare, roam the crumbling cities hunting for their next victim… and meal.
The Gladers are far from done running. Instead of freedom, they find themselves faced with another trial. They must cross the Scorch, the most burned-out section of the world, and arrive at a safe haven in two weeks. And WICKED has made sure to adjust the variables and stack the odds against them.
Thomas can only wonder—does he hold the secret of freedom somewhere in his mind? Or will he forever be at the mercy of WICKED?

4. Aldous Huxley. Brave New World
Aldous Huxley’s profoundly important classic of world literature, Brave New World is a searching vision of an unequal, technologically-advanced future where humans are genetically bred, socially indoctrinated, and pharmaceutically anesthetized to passively uphold an authoritarian ruling order–all at the cost of our freedom, full humanity, and perhaps also our souls. “A genius [who] who spent his life decrying the onward march of the Machine” (The New Yorker), Huxley was a man of incomparable talents: equally an artist, a spiritual seeker, and one of history’s keenest observers of human nature and civilization. Brave New World, his masterpiece, has enthralled and terrified millions of readers, and retains its urgent relevance to this day as both a warning to be heeded as we head into tomorrow and as thought-provoking, satisfying work of literature. Written in the shadow of the rise of fascism during the 1930s, Brave New World likewise speaks to a 21st-century world dominated by mass-entertainment, technology, medicine and pharmaceuticals, the arts of persuasion, and the hidden influence of elites.

5. Lois Lowry. Messenger
Matty has lived in Village and flourished under the guidance of Seer, a blind man known for his special sight. Village once welcomed newcomers, but something sinister has seeped into Village and the people have voted to close it to outsiders. Matty has been invaluable as a messenger. Now he must risk everything to make one last journey through the treacherous forest with his only weapon, a power he unexpectedly discovers within himself.

6. Jack London. The Iron Heel
The Iron Heel is a dystopian novel by American writer Jack London. Considered to be one of the earliest of the modern Dystopian novels it tells the story of the rise of an oligarchic tyranny in the United States. Any profits generated from the sale of this book will go towards the Freeriver Community project, a project designed to promote harmonious community living and well-being in the world.

7. Philip K. Dick. Do Androids Dream of Electric Sheep?
By 2021, the World War has killed millions, driving entire species into extinction and sending mankind off-planet. Those who remain covet any living creature, and for people who can’t afford one, companies built incredibly realistic simulacra: horses, birds, cats, sheep. They’ve even built humans. Immigrants to Mars receive androids so sophisticated they are indistinguishable from true men or women. Fearful of the havoc these artificial humans can wreak, the government bans them from Earth. Driven into hiding, unauthorized androids live among human beings, undetected. Rick Deckard, an officially sanctioned bounty hunter, is commissioned to find rogue androids and “retire” them. But when cornered, androids fight back—with lethal force.

8. Patrick Ness. The Knife of Never Letting Go
Todd Hewitt is the only boy in a town of men. Ever since the settlers were infected with the Noise germ, Todd can hear everything the men think, and they hear everything he thinks. Todd is just a month away from becoming a man, but in the midst of the cacophony, he knows that the town is hiding something from him — something so awful Todd is forced to flee with only his dog, whose simple, loyal voice he hears too. With hostile men from the town in pursuit, the two stumble upon a strange and eerily silent creature: a girl. Who is she? Why wasn’t she killed by the germ like all the females on New World? Propelled by Todd’s gritty narration, readers are in for a white-knuckle journey in which a boy on the cusp of manhood must unlearn everything he knows in order to figure out who he truly is.

9. Lauren Oliver. Delirium
Before scientists found the cure, people thought love was a good thing. They didn’t understand that once love -the deliria- blooms in your blood, there is no escaping its hold. Things are different now. Scientists are able to eradicate love, and the governments demands that all citizens receive the cure upon turning eighteen. Lena Holoway has always looked forward to the day when she’ll be cured. A life without love is a life without pain: safe, measured, predictable, and happy. 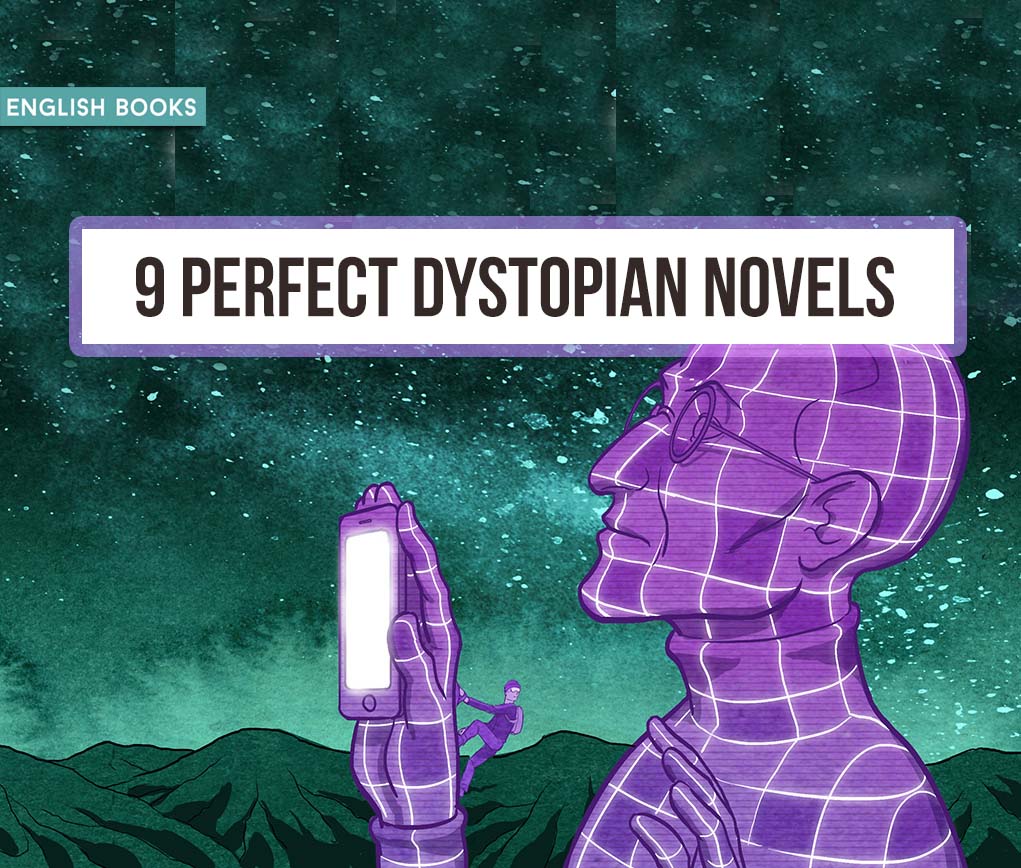