1. Kazuo Ishiguro. A Pale View of Hills
From the winner of the Nobel Prize in Literature and author of the Booker Prize–winning novel The Remains of the Day, here is the story of Etsuko, a Japanese woman now living alone in England, dwelling on the recent suicide of her daughter. In a novel where past and present confuse, she relives scenes of Japan’s devastation in the wake of World War II.

2. Bret Easton Ellis. Glamorama
Set in 90s Manhattan, Victor Ward, a model with perfect abs and all the right friends, is seen and photographed everywhere, even in places he hasn’t been and with people he doesn’t know. He’s living with one beautiful model and having an affair with another onthe eve of opening the trendiest nightclub in New York City history. And now it’s time to move to the next stage. But the future he gets is not the one he had in mind.

3. Irvine Welsh. The Sex Lives of Siamese Twins
When Lucy Brennan, a Miami Beach personal-fitness trainer, disarms an apparently crazed gunman, the police and the breaking-news cameras are not far behind. Within hours, Lucy becomes a hero. The solitary eye-witness, the depressed and overweight Lena Sorenson, thrilled by Lucy’s heroism and decisiveness, becomes obsessed with the trainer and enrolls as a client at her Bodysculpt gym. It quickly becomes clear that Lena is more interested in Lucy’s body than her own, and a budding fatal attraction takes hold. However, it’s when Lucy imprisons Lena, and can’t stop thinking about the sex lives of Siamese twins, that the real problems start. In Lucy and Lena, Irvine Welsh has created two of his most memorable female protagonists, and one of the most bizarre, sadomasochistic folie à deux in contemporary fiction. The Sex Lives of Siamese Twins taps into two great obsessions of our time–how we look and where we live–and tells a story so subversive and dark it blacks out the Florida sun.

4. David Mitchell. Slade House
Down the road from a working-class British pub, along the brick wall of a narrow alley, if the conditions are exactly right, you’ll find the entrance to Slade House. A stranger will greet you by name and invite you inside. At first, you won’t want to leave. Later, you’ll find that you can’t. Every nine years, the house’s residents—an odd brother and sister—extend a unique invitation to someone who’s different or lonely: a precocious teenager, a recently divorced policeman, a shy college student. But what really goes on inside Slade House? For those who find out, it’s already too late. . . .

5. Yann Martel. The High Mountains of Portugal
In Lisbon in 1904, a young man named Tomás discovers an old journal. It hints at the existence of an extraordinary artifact that—if he can find it—would redefine history. Traveling in one of Europe’s earliest automobiles, he sets out in search of this strange treasure.

Thirty-five years later, a Portuguese pathologist devoted to the murder mysteries of Agatha Christie finds himself at the center of a mystery of his own and drawn into the consequences of Tomás’s quest.

Fifty years on, a Canadian senator takes refuge in his ancestral village in northern Portugal, grieving the loss of his beloved wife. But he arrives with an unusual companion: a chimpanzee. And there the century-old quest will come to an unexpected conclusion.

The High Mountains of Portugal—part quest, part ghost story, part contemporary fable—offers a haunting exploration of great love and great loss. Filled with tenderness, humor, and endless surprise, it takes the reader on a road trip through Portugal in the last century—and through the human soul.

6. Christopher Priest. Inverted World
The city is winched along tracks through a devastated land full of hostile tribes. Rails must be freshly laid ahead of the city and carefully removed in its wake. Rivers and mountains present nearly insurmountable challenges to the ingenuity of the city’s engineers. But if the city does not move, it will fall farther and farther behind the “optimum” into the crushing gravitational field that has transformed life on Earth. The only alternative to progress is death.
The secret directorate that governs the city makes sure that its inhabitants know nothing of this. Raised in common in crèches, nurtured on synthetic food, prevented above all from venturing outside the closed circuit of the city, they are carefully sheltered from the dire necessities that have come to define human existence. And yet the city is in crisis. The people are growing restive, the population is dwindling, and the rulers know that, for all their efforts, slowly but surely the city is slipping ever farther behind the optimum.
Helward Mann is a member of the city’s elite. Better than anyone, he knows how tenuous is the city’s continued existence. But the world—he is about to discover—is infinitely stranger than the strange world he believes he knows so well.

7. John Fowles. The Magus
Filled with shocks and chilling surprises, The Magus is a masterwork of contemporary literature. In it, a young Englishman, Nicholas Urfe, accepts a teaching position on a Greek island where his friendship with the owner of the islands most magnificent estate leads him into a nightmare. As reality and fantasy are deliberately confused by staged deaths, erotic encounters, and terrifying violence, Urfe becomes a desperate man fighting for his sanity and his life. A work rich with symbols, conundrums and labrinthine twists of event, The Magus is as thought-provoking as it is entertaining, a work that ranks with the best novels of modern times.

8. Iain Banks. The WASP FACTORY
Meet Frank Cauldhame. Just sixteen, and unconventional to say the least:
Two years after I killed Blyth I murdered my young brother Paul, for quite different and more fundamental reasons than I’d disposed of Blyth, and then a year after that I did for my young cousin Esmerelda, more or less on a whim.
That’s my score to date. Three. I haven’t killed anybody for years, and don’t intend to ever again.
It was just a stage I was going through.

9. John Irving. The World According to Garp
This is the life and times of T. S. Garp, the bastard son of Jenny Fields–a feminist leader ahead of her times. This is the life and death of a famous mother and her almost-famous son; theirs is a world of sexual extremes–even of sexual assassinations. It is a novel rich with “lunacy and sorrow”; yet the dark, violent events of the story do not undermine a comedy both ribald and robust. In more than thirty languages, in more than forty countries— with more than ten million copies in print–this novel provides almost cheerful, even hilarious evidence of its famous last line: “In the world according to Garp, we are all terminal cases.” 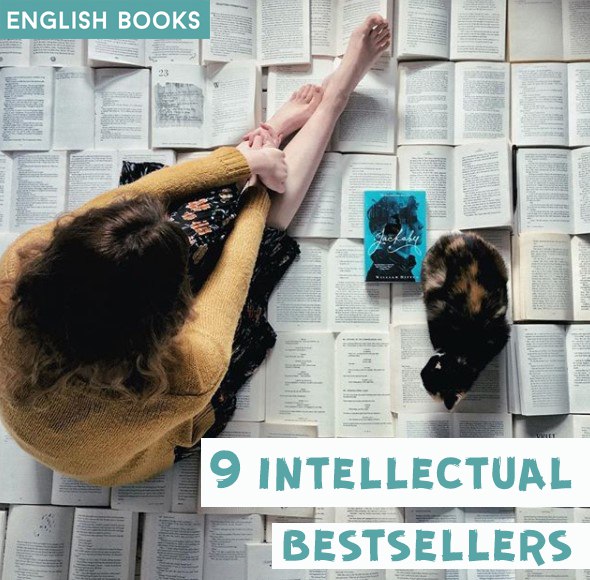 The World According To Garp.epub
592.33 KB
Please Share This
Related Posts
Many magazines
on the
→ MAGAZINELIB.COM
Book for today - 2019-2022