This book aims to show that the Near East was in the middle ages not at all a static, unchanging society. On the contrary, the attempt will be made to disclose momentous changes in the social framework of the Near Eastern population and to delineate great social movements. It will be argued that even in the Near East the bourgeois played a great role in political history and that there were strong revolutionary movements, though different from those known to Western history. To narrate once more the story of the Turkish sultans and to discuss the achievements of Arab and Persian poets and philosophers is no part of the book’s intention. In this it will be quite distinct from the numerous reference books available in the Western world.

Contents:
I. The Kingdom of the Arabs
II. Agricultural Conditions in the Moslem Empire
III. The Heyday of the Moslem Empire
IV. Disintegration of the Caliphate
V. The Beginnings of Feudalism
VI. Feudal Knights and Bourgeois
VII. Irak Under Mongol and Turcoman Feudal Lords
VIII. Mamluk Feudalism 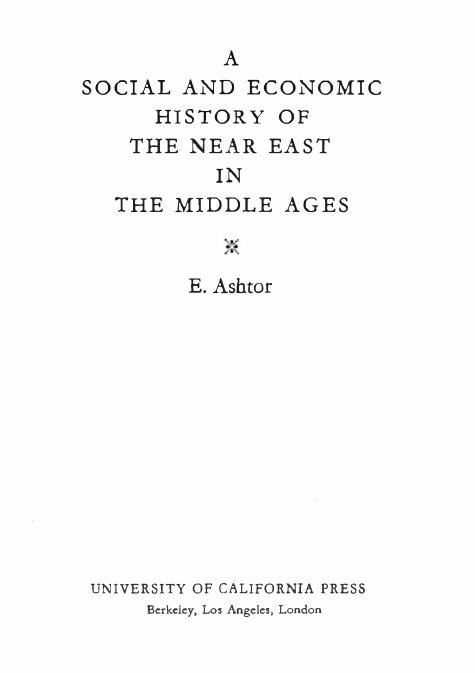 A Social and Economic History of the Near East in the Middle Ages.pdf
21.76 MB
Please Share This
Related Posts
Many magazines
on the
→ MAGAZINELIB.COM
Book for today - 2019