1. Jane Austen. Pride and Prejudice
Pride and Prejudice is a novel of manners by Jane Austen, first published in 1813. The story follows the main character, Elizabeth Bennet, as she deals with issues of manners, upbringing, morality, education, and marriage in the society of the landed gentry of the British Regency. Elizabeth is the second of five daughters of a country gentleman living near the fictional town of Meryton in Hertfordshire, near London. Page 2 of a letter from Jane Austen to her sister Cassandra (11 June 1799) in which she first mentions Pride and Prejudice, using its working title First Impressions. (NLA) Set in England in the early 19th century, Pride and Prejudice tells the story of Mr and Mrs Bennet’s five unmarried daughters after the rich and eligible Mr Bingley and his status-conscious friend, Mr Darcy, have moved into their neighbourhood. While Bingley takes an immediate liking to the eldest Bennet daughter, Jane, Darcy has difficulty adapting to local society and repeatedly clashes with the second-eldest Bennet daughter, Elizabeth. Pride and Prejudice retains a fascination for modern readers, continuing near the top of lists of “most loved books.” It has become one of the most popular novels in English literature, selling over 20 million copies, and receives considerable attention from literary scholars. Modern interest in the book has resulted in a number of dramatic adaptations and an abundance of novels and stories imitating Austen’s memorable characters or themes.

2. Charles Dickens/ Great Expectations
Great Expectations chronicles the progress of Pip from childhood through adulthood. As he moves from the marshes of Kent to London society, he encounters a variety of extraordinary characters: from Magwitch, the escaped convict, to Miss Havisham and her ward, the arrogant and beautiful Estella. In this fascinating story, Dickens shows the dangers of being driven by a desire for wealth and social status. Pip must establish a sense of self against the plans which others seem to have for him and somehow discover a firm set of values and priorities.

3. Charlotte Bronte. Jane Eyre
Primarily of the bildungsroman genre, Jane Eyre follows the emotions and experiences of its title character, including her growth to adulthood, and her love for Mr. Rochester, the byronic master of fictitious Thornfield Hall. In its internalisation of the action—the focus is on the gradual unfolding of Jane’s moral and spiritual sensibility, and all the events are coloured by a heightened intensity that was previously the domain of poetry—Jane Eyre revolutionised the art of fiction.

4. Walter Scott. Ivanhoe
In the twelfth century, Sir Wilfred of Ivanhoe returns home to England from the Third Crusade to claim his inheritance and the love of the lady Rowena. The heroic adventures of this noble Saxon knight involve him in the struggle between Richard the Lion-Hearted and his malignant brother John: a conflict that brings Ivanhoe into alliance with the mysterious outlaw Robin Hood and his legendary fight for the forces of good.

6. William Makepeace Thackeray. Vanity Fair
No one is better equipped in the struggle for wealth and worldly success than the alluring and ruthless Becky Sharp, who defies her impoverished background to clamber up the class ladder. Her sentimental companion Amelia, however, longs only for caddish soldier George. As the two heroines make their way through the tawdry glamour of Regency society, battles—military and domestic—are fought, fortunes made and lost. The one steadfast and honourable figure in this corrupt world is Dobbin with his devotion to Amelia, bringing pathos and depth to Thackeray’s gloriously satirical epic of love and social adventure.

7. Mary Shelley . Frankenstein
Few creatures of horror have seized readers’ imaginations and held them for so long as the anguished monster of Mary Shelley’s Frankenstein. The story of Victor Frankenstein’s terrible creation and the havoc it caused has enthralled generations of readers and inspired countless writers of horror and suspense. Considering the novel’s enduring success, it is remarkable that it began merely as a whim of Lord Byron’s.

8. Geoffrey Chaucer. The Canterbury Tales
In The Canterbury Tales Chaucer created one of the great touchstones of English literature, a masterly collection of chivalric romances, moral allegories and low farce. A story-telling competition between a group of pilgrims from all walks of life is the occasion for a series of tales that range from the Knight’s account of courtly love and the ebullient Wife of Bath’s Arthurian legend, to the ribald anecdotes of the Miller and the Cook. Rich and diverse, The Canterbury Tales offer us an unrivalled glimpse into the life and mind of medieval England.

9. Elizabeth Gaskell. North and South
‘Edith!’ said Margaret, gently, ‘Edith!’ But, as Margaret half suspected, Edith had fallen asleep. She lay curled up on the sofa in the back drawing-room in Harley Street, looking very lovely in her white muslin and blue ribbons. If Titania had ever been dressed in white muslin and blue ribbons, and had fallen asleep on a crimson damask sofa in a back drawing-room, Edith might have been taken for her. Margaret was struck afresh by her cousin’s beauty. 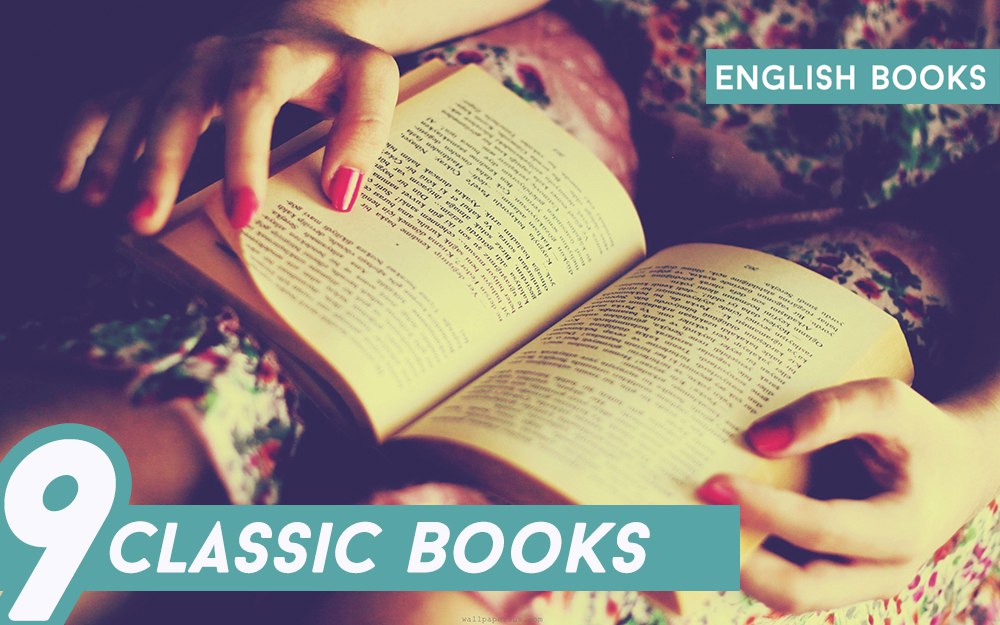 gaskell-north-and-south.fb2
1,015.40 KB
Please Share This
Related Posts
Many magazines
on the
→ MAGAZINELIB.COM
Book for today - 2019