FANTASY BOOKS WITH NO ROMANCE (OR VERY LITTLE)

THIS SAVAGE SONG BY VICTORIA SCHWAB
Kate Harker and August Flynn want very different things in a city fractured by violence and monsters. Kate wants to be a monster slayer, ruthless and hard, while August wants to protect the innocent in the city…but he’s a monster with a terrifying power. After a failed assassination attempt, the two must team up in order to survive and save their city, while facing their inner demons.

NIMONA BY NOELLE STEVENSON
Follow the misadventures of Nimona, a shapeshifter who wants to be a villain, in this graphic novel. Nimona and Lord Ballister Blackheart are on a mission to show the people in their kingdom that their heroes aren’t a good as they think they are. Simple plan right? But as the two villains wreak havoc, things start to spiral out of control as Nimona’s power and mysterious past starts to come into question.

DAVID MOGO, GODHUNTER BY SUYI DAVIES OKUNGBOWA
The gods have fallen from the sky and taking up residence in Lagos, Nigeria. David Mogo, a demigod, makes a living by capturing gods and godlings in the half-deserted Lagos. After capturing a particularly strong god for one of his clients, he is pulled into a sinister plan that would leave Lagos destroyed. He decides to right his wrongs with the help of his foster father, a wizard and another high god.

THE GIRL FROM THE WELL BY RIN CHUPECO
Okiku is a ghost who hunts murderers, specifically those who murdered little kids like her. Doing this frees the ghosts of the victims and grants them peace, and for centuries, she drifts around doing this. Until she meets Tarquin, a boy who houses something so sinister within him, and in the process of helping him, she’s forced to face her own demons. This creepy and quite gory novel has no romance whatsoever.

THE SWORD OF KAIGEN BY M. L. WANG
For centuries, the Kaigenese empire has been protected by a group of powerful warriors. Mamoru Matsuda longs to join these warriors and defend his homeland. But the arrival of an outsider brings about some shocking discoveries, as Mamoru learns that his country might not be as great as it seems.

A THOUSAND NIGHTS BY E. K. JOHNSTON
A retelling of the 1001 Nights Arabic tale, this novel follows a lady who decides to offer herself up to Lo-Melkhiin in place of her sister. Lo-Melkhiin is a king who is feared for picking new wives and killing them. She is ready for death, but as she tells the king stories each night, she lives to see the next day and sets out to find a way to end his reign of terror. I loved that this book focused mainly on the strong ties between the sisters, the community, magic, and the symbolism of the story.

MASTER OF POISONS BY ANDREA HAIRSTON
In a world that is rapidly changing for the worse, Djola, an exiled spymaster, is desperately searching for a way to save his homeland. 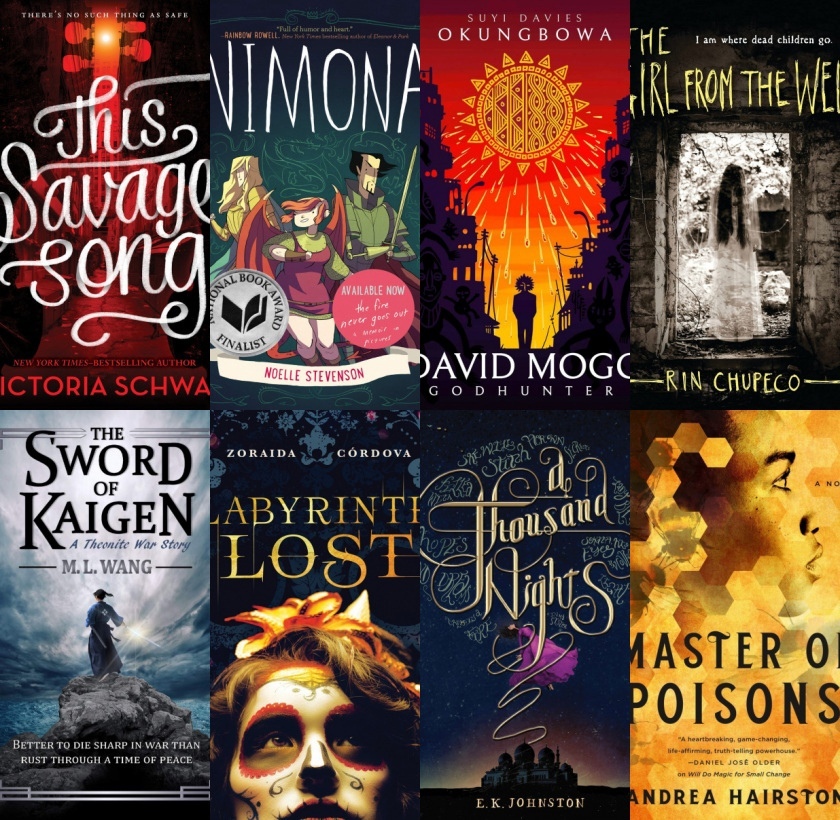 The Sword of Kaigen A Theonite War Story by M. L. Wang.epub
862.42 KB
Please Share This
Related Posts
Many magazines
on the
→ MAGAZINELIB.COM
Book for today - 2019-2022