1. Lewis Carroll. Alice’s Adventures in Wonderland
“Alice was beginning to get very tired of sitting by her sister on the bank, and of having nothing to do: once or twice she had peeped into the book her sister was reading, but it had no pictures or conversations in it, ‘and what is the use of a book,’ thought Alice, without pictures or conversations?'”
So begins the tale of Alice, following a curious White Rabbit down a rabbit-hole and falling into Wonderland. A fantastical place, where nothing is quite as it seems: animals talk, nonsensical characters confuse, Mad Hatter’s throw tea parties and the Queen plays croquet. Alice’s attempts to find her way home become increasingly bizarre, infuriating and amazing in turn. A beloved classic, Alices Adventures in Wonderland has continued to delight readers, young and old for over a century.

2. L. M. Montgomery. Anne of Green Gables
When eleven-year-old Anne Shirley arrives at Green Gables with nothing but a carpetbag and an overactive imagination, she knows that she has found her home. But first she must convince the Cuthberts to let her stay, even though she isn’t the boy they’d hoped for. The loquacious Anne quickly finds her way into their hearts, as she has with generations of readers, and her charming, ingenious adventures in Avonlea, filled with colorful characters and tender escapades, linger forever in our memories.

3. Roald Dahl. Charlie and the Chocolate Factory
Charlie Bucket loves chocolate. And Mr Willy Wonka, the most wondrous inventor in the world, is opening the gates of his amazing chocolate factory to five lucky children. It’s the prize of a lifetime! Gobstoppers, wriggle sweets and a river of melted chocolate delight await – Charlie needs just one Golden Ticket and these delicious treats could all be his.

4. J.K.Rowling. Harry Potter and the Sorcerer’s Stone
Harry Potter thinks he is an ordinary boy – until he is rescued by a beetle-eyed giant of a man, enrols at Hogwarts School of Witchcraft and Wizardry, learns to play. Quidditch and does battle in a deadly duel. The Reason: Harry Potter is a wizard!

5. Pamela Lyndon Travers. Mary Poppins
From the moment Mary Poppins arrives at Number Seventeen Cherry-Tree Lane, everyday life at the Banks house is forever changed. This classic series tells the story of the world’s most beloved nanny, who brings enchantment and excitement with her everywhere she goes. Featuring the charming original cover art by Mary Shepard, these new editions are sure to delight readers of all ages. It all starts when Mary Poppins is blown by the east wind onto the doorstep of the Banks house. She becomes a most unusual nanny to Jane, Michael, and the twins. Who else but Mary Poppins can slide up banisters, pull an entire armchair out of an empty carpetbag, and make a dose of medicine taste like delicious lime-juice cordial? A day with Mary Poppins is a day of magic and make-believe come to life!

6. Mark Twain. The Adventures of Tom Sawyer
Whether he’s sneaking doughnuts, mooning over a pretty girl, or snookering the local boys to do his work for him, Tom Sawyer is the consummate schemer—but his charm and easygoing nature keep him from being in anyone’s bad graces for long. However, when Tom teams up with his friend Huck Finn, their sleepy Missouri town had better watch out.
Based on Mark Twain’s memories of growing up along the Mississippi River, The Adventures of Tom Sawyer is both an idyllic picture of boyhood and an affectionate satire of adult conventions.

7. Oscar Wilde. The Canterville Ghost
The Canterville Ghost is Oscar Wilde’s tale of an American family who moves into a British mansion, Canterville Chase, much to the annoyance of the resident ghost. This story has been widely adapted for the screen and stage. It was the first of Wilde’s stories to be published, appearing in the magazine The Court and Society Review in February 1887. It was later included in a collection of short stories entitled Lord Arthur Savile’s Crime and Other Stories in 1891.

8. J. R. R. Tolkien. The Hobbit or There and Back Again
Bilbo Baggins is a hobbit who enjoys a comfortable, unambitious life, rarely traveling any farther than his pantry or cellar. But his contentment is disturbed when the wizard Gandalf and a company of dwarves arrive on his doorstep one day to whisk him away on an adventure. They have launched a plot to raid the treasure hoard guarded by Smaug the Magnificent, a large and very dangerous dragon. Bilbo reluctantly joins their quest, unaware that on his journey to the Lonely Mountain he will encounter both a magic ring and a frightening creature known as Gollum.

9. L. Frank Baum. The Wonderful Wizard of Oz Kindle Edition
Dorothy Gale and her little dog Toto are in for the ride of their lives when a tornado drops them off in the Land of Oz. Can Dorothy and her new friends survive the perils of Oz to reach the Wizard and find a way home? 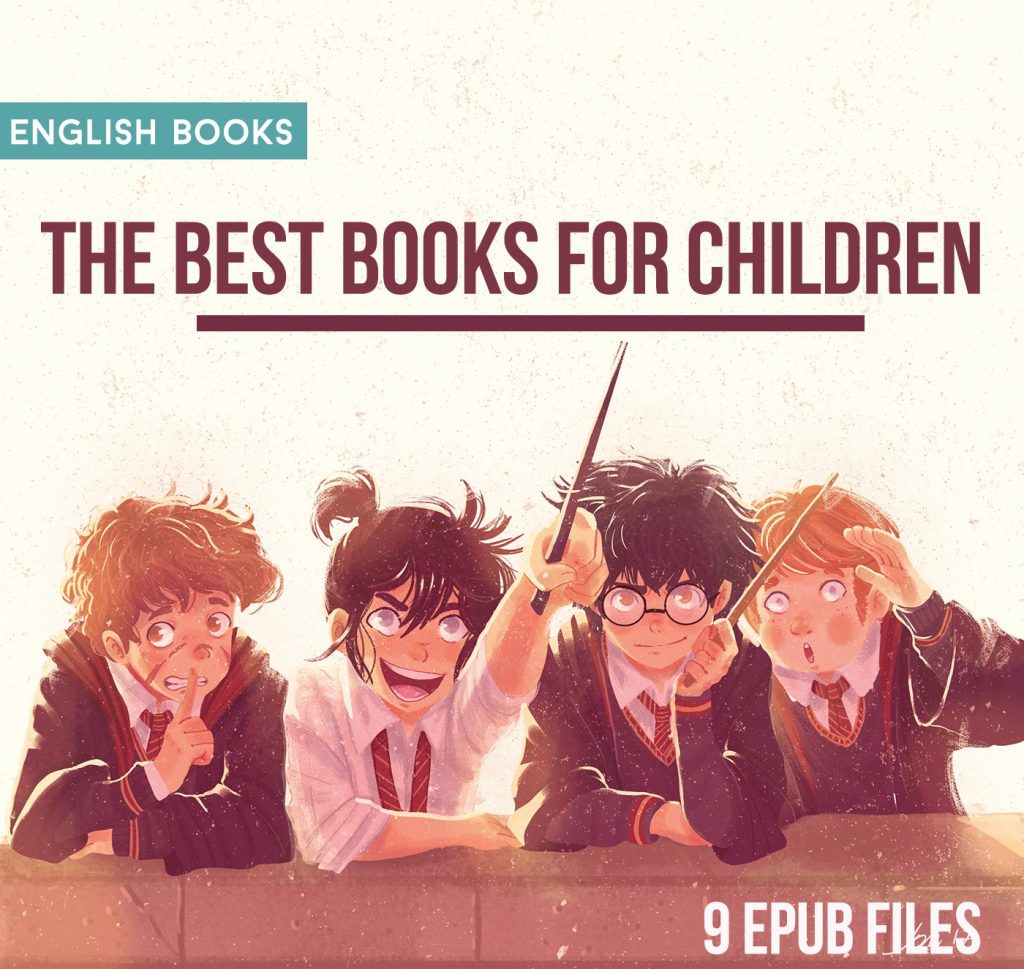 The Wonderful Wizard of Oz.epub
203.67 KB
Please Share This
Related Posts
Many magazines
on the
→ MAGAZINELIB.COM
Book for today - 2019-2022