In 1915, Winston Churchill’s political career was nearly destroyed when the Allied fleet failed to force a passage through the Straits of the Dardanelles. For over a century, Churchill has been both praised and condemned for his role in launching this highly controversial naval campaign. For some, the Dardanelles offensive was a brilliant concept that might have dramatically shortened the First World War. To many others, however, Churchill was a reckless amateur who drove his unwilling and misinformed colleagues into a venture that was doomed to fail.

Churchill and the Dardanelles, based on exhaustive archival research, provides a detailed and authoritative account of the Gallipoli campaign’s origins and execution, stripping away the layers of myth that have long surrounded these dramatic events, and showing that no simple verdict is either possible or fair. Naval historian Christopher M. Bell untangles Churchill’s complicated relationship with the dynamic First Sea Lord, Admiral Jacky Fisher, and reveals for the first time the behind-the-scenes machinations that led to Churchill’s removal from office as First Lord of the Admiralty – including Fisher’s covert campaign to undermine support for the Dardanelles operation, and the leaks by figures in high places that fueled a bitter press campaign to drive Churchill from power.

Attention is also given to Churchill’s reaction to the results of the Dardanelles offensive in the years that followed: as Bell shows, Churchill spent a good deal of time trying to refute his critics and convince the wider public that the campaign had in fact nearly succeeded. These efforts were so successful that they transformed how the Dardanelles offensive was regarded in popular memory and ensured that is legacy did not stand in the way of Churchill becoming Prime Minister in May 1940. Now, with the aid of archival research, Christopher M. Bell presents a fresh account of how this transformation came to pass.

Winston Churchill had a longer and closer relationship with the Royal Navy than any British statesman in modern times, but his record as a naval strategist and custodian of the nation’s sea power has been mired in controversy since the ill-fated Dardanelles campaign in 1915. Today, Churchill is regarded by many as an inept strategist who interfered in naval operations and often overrode his professional advisers – with inevitably disastrous results.

Churchill and Seapower is the first major study of Winston Churchill’s record as a naval strategist and his impact as the most prominent guardian of Britain’s sea power in the modern era. Based on extensive archival research, the book debunks many popular and well-entrenched myths surrounding controversial episodes in both World Wars, including the Dardanelles disaster, the Norwegian Campaign, the Battle of the Atlantic, and the devastating loss of the Prince of Wales and Repulse in 1941. It shows that many common criticisms of Churchill have been exaggerated, but also that some of his mistakes have been largely overlooked – such as his willingness to prolong the Battle of the Atlantic in order to concentrate resources on the bombing campaign against Nazi Germany.

The book also examines Churchill’s evolution as a maritime strategist over the course of his career, and documents his critical part in managing Britain’s naval decline during the first half of the twentieth century. Churchill’s genuine affection for the Royal Navy has often distracted attention from the fact that his views on sea power were pragmatic and unsentimental. For, as Christopher M. Bell shows, in a period dominated by declining resources, global threats, and rapid technological change, it was increasingly air rather than sea power that Churchill looked to as the foundation of Britain’s security. 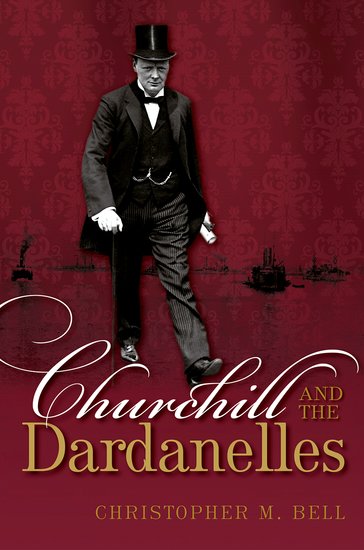 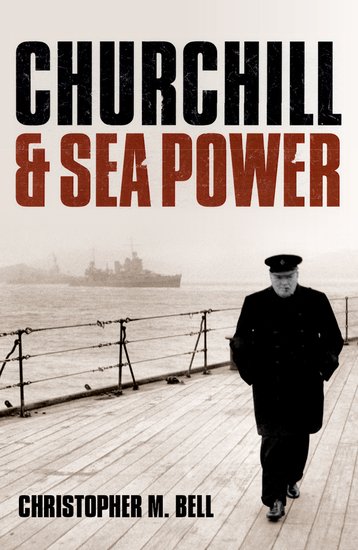