Battles of the New Republic: A Contemporary History of Nepal is a story of Nepal’s transformation from war to peace, monarchy to republic, a Hindu kingdom to a secular state, and a unitary to a potentially federal state.

Part-reportage, part-history, part-analysis, part-memoir, and part-biography of the key characters, the book breaks new ground in political writing from the region. With access to the most powerful leaders in the country as well as diplomats, it gives an unprecedented glimpse into Kathmandu’s high politics. But this is coupled with ground-level reportage on the lives of ordinary citizens of the hills and the plains, striving for a democratic, just and equitable society.

It tracks the hard grind of political negotiations at the heart of the instability in Nepal. It traces the rise of a popular rebellion, its integration into the mainstream, and its steady decline. It investigates Nepal’s status as a partly-sovereign country, and reveals India’s overwhelming role. It examines the angst of having to prove one’s loyalties to one’s own country, and exposes the Hindu hill upper-caste dominated power structures.

Battles of the New Republic is a story of the deepening of democracy, of the death of a dream, and of that fundamental political dilemma – who exercises power, to what end, and for whose benefit. 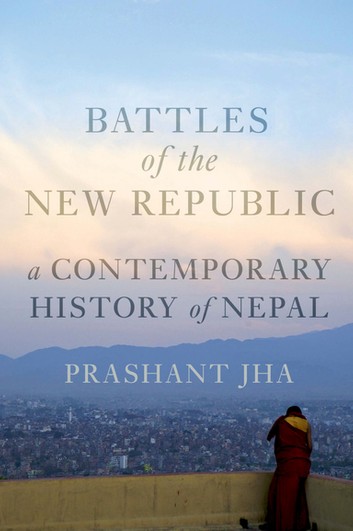 Battles of the New Republic. A Contemporary History of Nepal.epub
909.20 KB
Please Share This
Related Posts
Book for today - 2019