In Foundation, acclaimed historian Peter Ackroyd tells the epic story of England itself. He takes us from the primeval forests of England’s prehistory to the death, in 1509, of the first Tudor king, Henry VII. He guides us from the building of Stonehenge to the founding of the two great glories of medieval England: common law and the cathedrals. He describes the successive waves of invaders who made England English, despite being themselves Roman, Viking, Saxon, or Norman French.

With his extraordinary skill for evoking time and place and his acute eye for the telling detail, Ackroyd recounts the story of warring kings, of civil strife, and foreign wars. But he also gives us a vivid sense of how England’s early people lived: the homes they built, the clothes they wore, the food they ate, even the jokes they told. All are brought to life in this history of England through the narrative mastery of one of Britain’s finest writers. 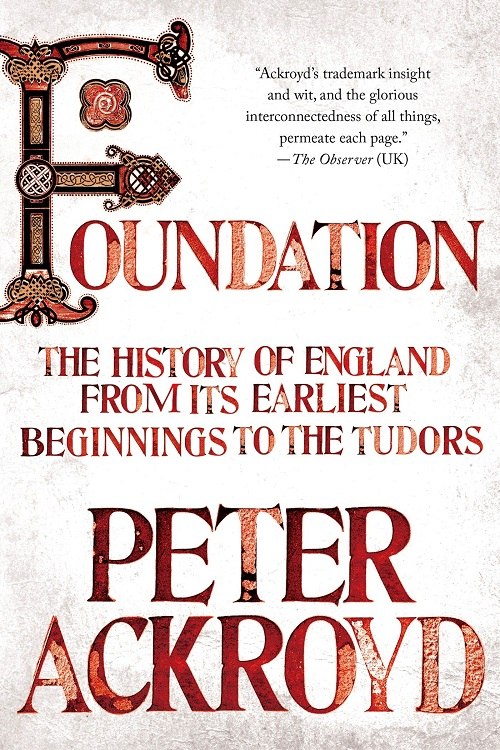