During the three decades between 1890 and 1920, the United States entered the modern era and considered how to meet its new realities—its diverse urban industrial society and its enlarged world power. On many measures, events that occurred in the Progressive Era mark a watershed in American historical development. American cities and businesses grew; the suffrage movement began; new cultural ideas started spreading; and many varieties of reform took place on the local, state, and national levels.

In a highly engaging format, The Progressive Era covers the major events and activities of this active and exciting time period. Spanning the years from 1890 to 1920, the book pairs detailed narrative text with eyewitness accounts to give readers a clear picture of events as they occurred. Chronologically arranged, this reference provides complete coverage of this era—from the end of American Indian warfare to changes in agriculture, from entrepreneurs and workers in industrial America to the new immigration and ethnic and religious diversity, from the Spanish-American War to U.S. participation in World War I, from Social Darwinism to the Social Gospel.

Each chapter includes a narrative introduction providing an overview of the history, and chronicles of events give specific listings. Document excerpts and capsule biographies of key figures bring the era to life, and nearly 15 tables and maps and more than 100 photographs add to the wealth of information available in this compelling addition to the Eyewitness History series.

From the highly acclaimed Eyewitness History series, World War I examines one of the most pivotal points in 20th-century history, exploring the social, cultural, military, and political impacts of this war on American society, as well as the role the United States played in the conflict. Unlike other references on the subject, this new volume discusses World War I’s place in American history as the catalyst for World War II and the cold war, and explores its influences in today’s world. Highlighting its historical connections to such timely topics as terrorism, the impact of technology on warfare, the rise of rogue states, the use of weapons of mass destruction, and the importance of the non-Western, especially Middle Eastern, countries, World War I brings this crucial time period to life through the eyes of those who lived through it.

World War I provides hundreds of firsthand accounts—from diary entries, letters, speeches, and newspaper accounts—that focus on different warfare issues and on the social and cultural impacts of the war on Europe and the United States. As well as these primary source quotations, each illustrated chapter provides an introductory essay and a chronology of events. This volume also includes critical documents related to this topic, as well as capsule biographies of key figures, narrative sections, eyewitness testimonies, 102 black-and-white photographs, maps and graphs, a bibliography, notes, a glossary, chronologies, appendixes, and an index.

The 1920s constituted a decade of change and contrast that saw the emergence of modern America from the shadow of World War I. Updated and expanded from the last edition with new information in many sections, The Roaring Twenties, Revised Edition offers new coverage of the social, political, and economic history of this decade, including developments in science, from astrophysics to laboratory science to discoveries and inventions; the creation of new professional sports leagues; the labor union movement; censorship, and writers, artists, and moviemakers are looked at in more depth. This volume captures the complexities of the 1920s and brings to life the various events that occurred during this tumultuous yet exhilarating decade.

In addition, this new volume features an introductory essay, new chronology entries for each chapter, a notes section that provides students and researchers with further information,as well as an updated bibliography with new sources and new editions of sources. This updated volume also contains many new critical documents, including Arthur Compton’s Banquet Speech on Winning the Nobel Prize in Physics, as well as capsule biographies of 110 key figures; 95 black-and-white photographs; 10 maps, nine graphs, and 14 tables; appendixes; and an index.

On October 29, 1929, better known as Black Tuesday, the stock market crashed, abruptly ending a decade of prosperity and catapulting the United States into the Great Depression, arguably the worst economic crisis the country has ever experienced. During the years that followed, until U.S. entry into World War II in 1941, unemployment was at an all-time high, hundreds of banks foreclosed, and a sense of hopelessness pervaded the nation. It was only when America was drawn into the war that the United States finally emerged from the Great Depression.

With updated narratives and testimonies, The Great Depression, Updated Edition provides hundreds of firsthand accounts of the period—including memoirs, letters, speeches, and newspaper accounts—that illustrate how historical events appeared to those who lived through them. Among the eyewitness testimonies included are those of Franklin D. Roosevelt, Huey Long, Lionel Robbins (who coined the term “The Great Depression”), and hundreds more. In addition to the firsthand accounts, each chapter provides an introductory essay and a chronology of events. This updated edition includes 22 new photographs, a new appendix with 10 graphs, and a revised introduction, as well as relevant documents, capsule biographies of more than 200 key figures, and much more.

World War II presents a unique blend of perspectives about what it felt like to be an American during the Second World War and the years that immediately preceded and followed it. This work examines how Americans faced the events and circumstances that shaped their lives during this difficult period. The differences that existed—between civilian life at home and at work, between civilian and military life, and between life in each of the major armed forces branches—meant that no American experienced these years in exactly the same way as any other. National issues—from early contests over isolationism and interventionism to wartime debates over the protection of civil liberties to postwar deliberations over the role the United Nations should play in the world—were also significant in determining individual experiences. Despite the differences, by the time the war years were behind them and the process of rebuilding had begun, there was an overwhelming sense among many Americans of having shared an unforgettable experience.

In addition to the firsthand accounts, each chapter provides an introductory essay and a chronology of events. Valuable appendixes include excerpts from such informative documents as the Neutrality Act of 1937; Franklin Delano Roosevelt’s address to Congress, December 8, 1941; the Preamble to the Charter of the United Nations; and the Nuremberg Trials Final Report as well as capsule biographies of more than 55 key figures and a look at the issue of refugees. 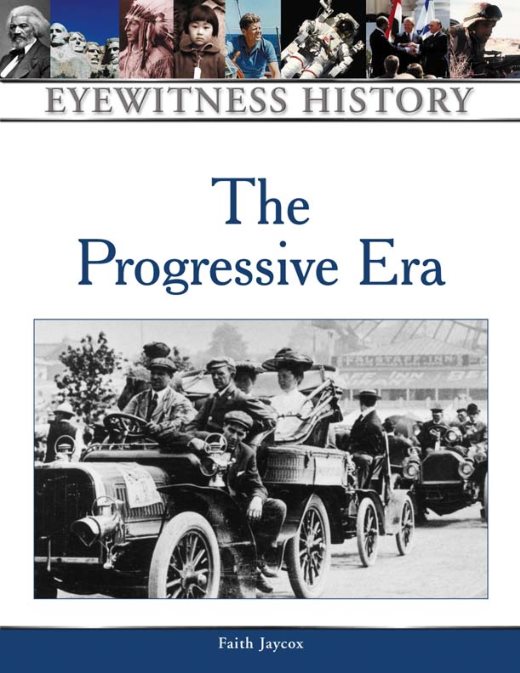 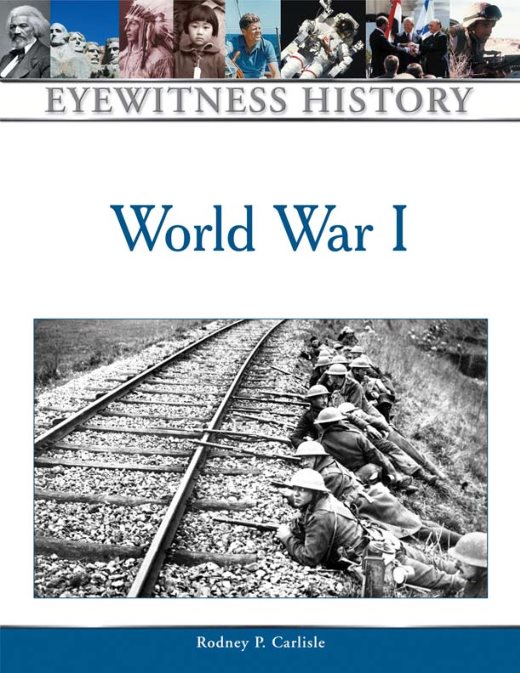 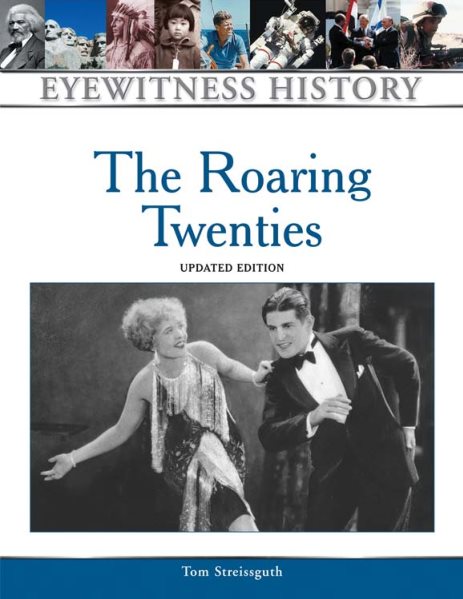 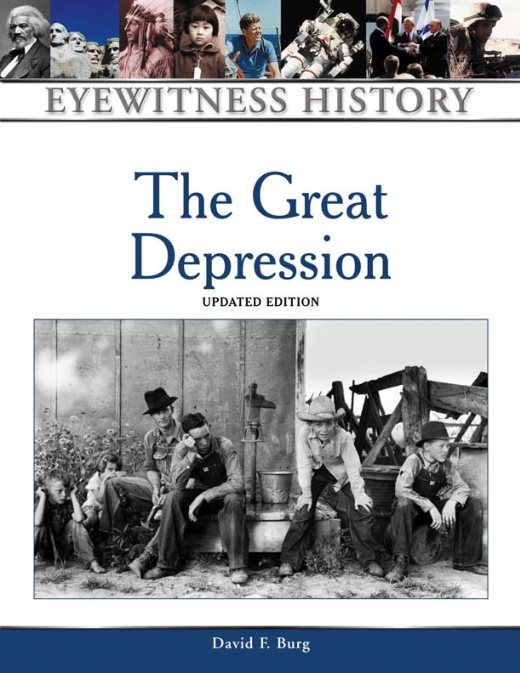 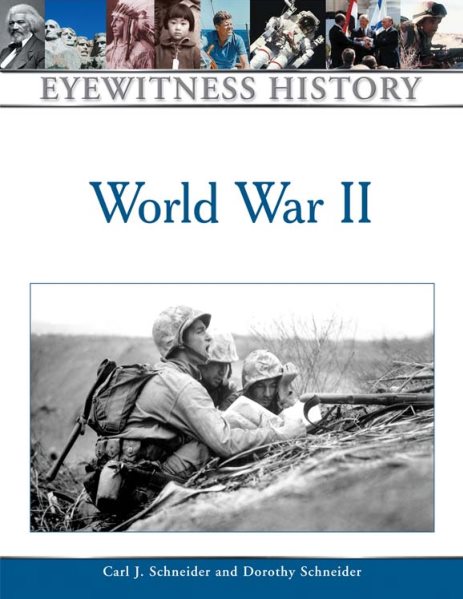