Experience the history, politics, and tragedy of World War II through the original, often firsthand daily reportage of The New York Times, our country’s newspaper of record.

The Times’ complete coverage of World War II is now available in a paperback edition of this unique book. Hundreds of the most riveting articles from the archives of the Times including firsthand accounts of major events and little-known anecdotes have been selected for inclusion in The New York Times: World War II. The book covers the biggest battles of the war, from the Battle of the Bulge to the Battle of Iwo Jima, as well as moving stories from the home front and profiles of noted leaders and heroes such as Winston Churchill and George Patton.

Beautifully designed and illustrated with hundreds of maps and historical photographs, it’s the perfect gift for any war, politics, or history buff. 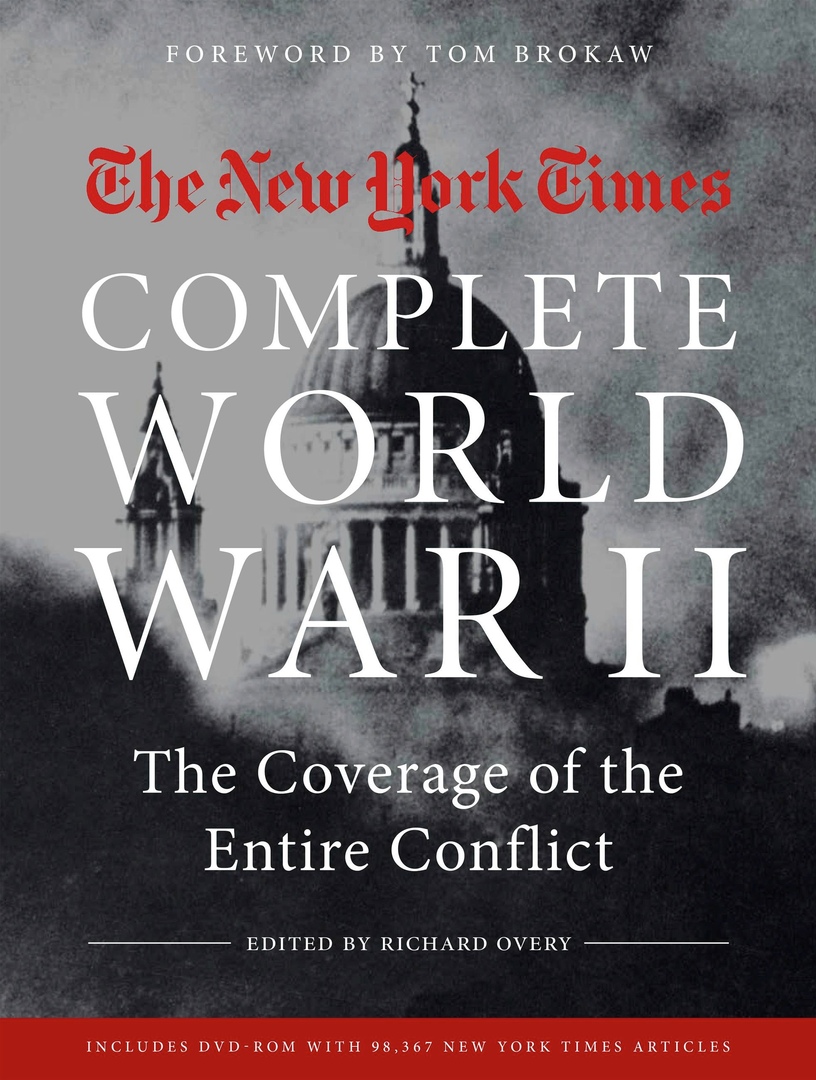