For many centuries it was accepted that civilization began with the Greeks and Romans. During the last two hundred years, however, archaeological discoveries in Egypt, Mesopotamia, Crete, Syria, Anatolia, Iran, and the Indus Valley have revealed that rich cultures existed in these regions some two thousand years before the Greco-Roman era. In this fascinating work, H.W.F Saggs presents a wide-ranging survey of the more notable achievements of these societies, showing how much the ancient peoples of the Near and Middle East have influenced the patterns of our daily lives.

Saggs discusses the invention of writing, tracing it from the earliest pictograms (designed for account-keeping) to the Phoenician alphabet, the source of the Greek and all European alphabets. He investigates teh curricula, teaching methods, and values of the schools from which scribes graduated. Analyzing the provisions of some of the law codes, he illustrates the operation of international law and the international trade that it made possible. Saggs highlights the creative ways that these ancient peoples used their natural resources, describing the vast works in stone created by the Egyptians, the development of technology in bronze and iron, and the introduction of useful plants into regions outside their natural habitat. In chapters on mathematics, astronomy, and medicine, he offers interesting explanations about how modern calculations of time derive from the ancient world, how the Egyptians practiced scientific surgery, and how the Babylonians used algebra. The book concludes with a discussion of ancient religion, showing its evolution from the most primitive forms toward monotheism. 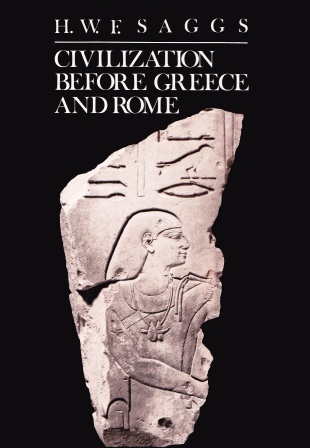 Civilization before Greece and Rome - H.W.F. Saggs.epub
3.46 MB
Please Share This
Related Posts
Many magazines
on the
→ MAGAZINELIB.COM
Book for today - 2019