A president-to-be chronicles the life and times of the historic first Chief Executive in this insightful biography. Before his entry into politics, Woodrow Wilson was a noted educator and historian, and his erudition shines in this fascinating profile of George Washington’s rise to leadership. Wilson traces the iconic figure’s path from his birth in a tranquil settlement through his explosive military career and precedent-setting administration, providing a fascinating portrait of colonial America along the way.

“Bred a gentleman and man of honor in the free school of Virginian society,” Washington came of age with the first stir of revolutionary events. His training as a surveyor made him an expert woodsman and hardy traveler, qualities that served him well during his rough apprenticeship in the French and Indian War. At the age of 44, the Revolution found him an experienced commander who organized and trained the army in addition to fighting in its battles and serving as a symbol of organized resistance. After his selfless resignation of power upon achieving victory, Washington was compelled to take on a task even harder than those of wartime: the formation of a unified national government.

This edition of Wilson’s scholarly yet readable biography is splendidly illustrated with portraits and maps as well as illustrations by Howard Pyle, among others, who collaborated closely with the author on depictions of episodes from Washington’s extraordinary life. 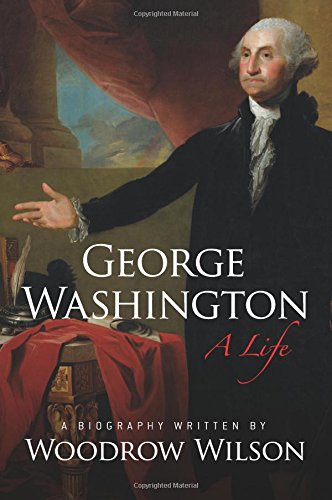 WoodrowWilsonGeorgeWashington.epub
48.08 MB
Please Share This
Related Posts
Many magazines
on the
→ MAGAZINELIB.COM
Book for today - 2019-2022