This Is How It Happened
By Paula Stokes

Somehow I’ve become a liar. A coward. Here’s how it happened.

When Genevieve Grace wakes up from a coma, she can’t remember the car crash that injured her and killed her boyfriend Dallas, a YouTube star who had just released his first album. Genevieve knows she was there, and that there was another driver, a man named Brad Freeman, who everyone assumes is guilty. But as she slowly pieces together the night of the accident, Genevieve is hit with a sickening sense of dread—that maybe she had something to do with what happened.

As the internet rages against Brad Freeman, condemning him in a brutal trial by social media, Genevieve escapes to her father’s house, where she can hide from reporters and spend the summer volunteering in beautiful Zion National Park. But she quickly realizes that she can’t run away from the accident, or the terrible aftermath of it all. 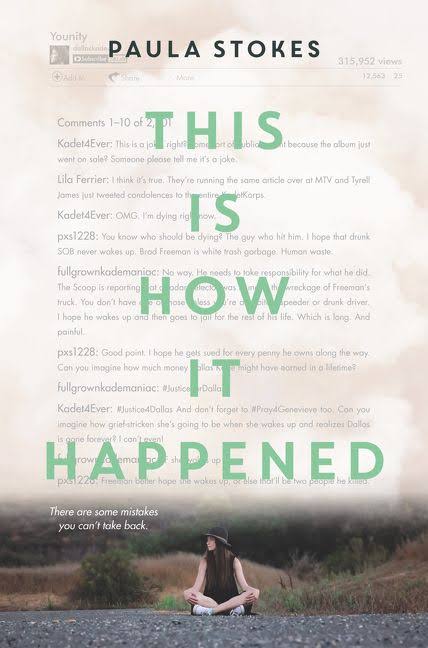