Overview: What has gone wrong in Japan that has led to innovation crisis? Prof. Eiichi Yamaguchi has been committed to answer this question, and his quest has spanned several years and academic disciplines. Initially it appeared as if it had no context, but when he put the pieces together, he realized that it was actually one story. This book is a summary of his research over the last 20 years, especially after he moved out of the field of physics, to which he had devoted 21 years. He felt that it was essential for him to do his bit to save this sinking ship, or it would be disrespectful to the future generation.

The book integrates his research on innovation policy, innovation theory, and trans-science. It begins with a detailed story of the innovation of blue LEDs, for which three Japanese scientists received the Nobel Prize in Physics in 2014. It describes the current innovation and science crises in Japan and presents evidence that the strong international competitiveness of science-based industries in the United States is a result of the invention of the Small Business Innovation Research (SBIR) system. It discusses a new theory of innovation structures, showing the error in Clayton M. Christensen’s argument of “disruptive innovation.” It also proposes a new concept for “paradigm disruptive innovation,” emphasizing that abduction and transilience are essential factors for accomplishing it and that their decline has led to the innovation crisis in Japan. Finally, it analyzes the future vision of the innovation ecosystem, which promotes abduction and transilience, for scientists to develop new science-based industries. 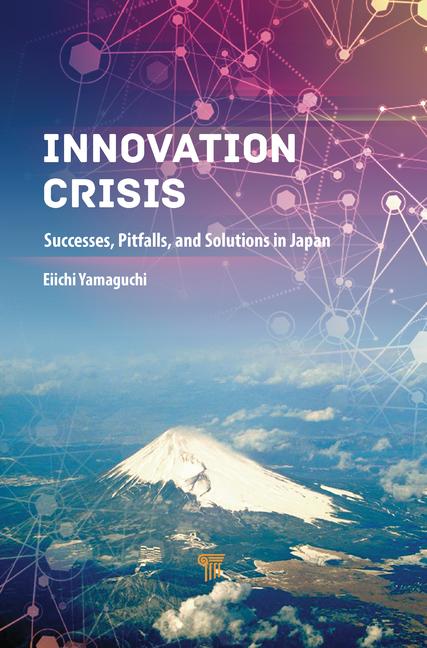 Innovation_Crisis_by_Eiichi_Yamaguchi_UserUpload.Net.pdf
6.06 MB
Please Share This
Related Posts
Many magazines
on the
→ MAGAZINELIB.COM
Book for today - 2019-2022