The Oxford Illustrated History of the Third Reich

At age thirty in 1919, Adolf Hitler had no accomplishments. He was a rootless loner, a corporal in a shattered army, without money or prospects. A little more than twenty years later, in autumn 1941, he directed his dynamic forces against the Soviet Union, and in December, the Germans were at the gates of Moscow and Leningrad. At that moment, Hitler appeared–however briefly–to be the most powerful ruler on the planet. Given this dramatic turn of events, it is little wonder that since 1945 generations of historians keep trying to explain how it all happened.

This richly illustrated history provides a readable and fresh approach to the complex history of the Third Reich, from the coming to power of the Nazis in 1933 to the final collapse in 1945. Using photographs, paintings, propaganda images, and a host of other such materials from a wide range of sources, including official documents, cinema, and the photography of contemporary amateurs, foreigners, and the Allied armies, it distills our ideas about the period and provides a balanced and accessible account of the whole era. 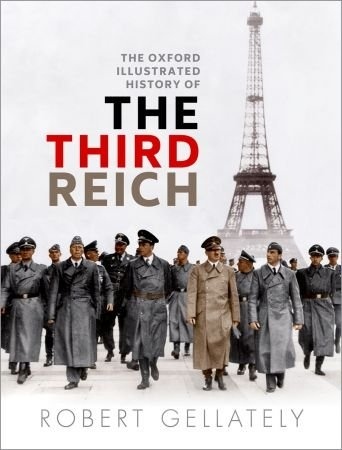 Oxford Illustrated History of the Third Reich - Robert Gellately.epub
31.04 MB
Please Share This
Related Posts
Many magazines
on the
→ MAGAZINELIB.COM
Book for today - 2019