The Character Edge: Leading and Winning with Integrity, UK Edition

The Character Edge is a groundbreaking leadership book that shows you how to win the right way. Based on real-life experiences and empirical research, it is co-authored by retired three-star General and former Superintendent of the US Military Academy at West Point, Robert Caslen, and Professor of Engineering Psychology at West Point, Dr. Michael Matthews.

From the battlefield to the classroom, General Caslen and Dr. Matthews have witnessed firsthand the vital link between strong character and strong leadership, and how the latter cannot exist without the former. Competence matters, but without character, leadership ultimately fails. And the co-authors are increasingly troubled by the prevalence of character failures in society today; dishonest politicians, CEOs committing fraud, disgraced military commanders, and cheating athletes are among many other “win at any cost” stories dominating the news.

While serving as head of West Point (the “Preeminent Leader Development Institution”), General Caslen personally oversaw the development of a plan to assess and foster character as a means of shaping tomorrow’s leaders, a focus supported by Dr. Matthews’s work. They now want to spread what they have learned to a much broader audience.

The Character Edge will weave stories from their own lives and myriad other leaders together with new research about how to classify, measure, and cultivate character. The book is the first of its kind in employing the insights of a decorated military leader together with the knowledge of a prominent positive psychologist. It provides a compelling case for the powerful role character plays in trust, culture, and leadership; and it offers readers tools to exercise and strengthen their own character 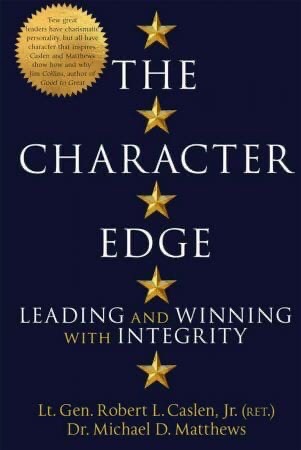 The Character Edge - Robert Caslen.epub
945.50 KB
Please Share This
Related Posts
Many magazines
on the
→ MAGAZINELIB.COM
Book for today - 2019-2022