The Black Swan: The Impact of the Highly Improbable

A black swan is a highly improbable event with three principal characteristics: It is unpredictable; it carries a massive impact; and, after the fact, we concoct an explanation that makes it appear less random, and more predictable, than it was. The astonishing success of Google was a black swan; so was 9/11. For Nassim Nicholas Taleb, black swans underlie almost everything about our world, from the rise of religions to events in our own personal lives.

Why do we not acknowledge the phenomenon of black swans until after they occur? Part of the answer, according to Taleb, is that humans are hardwired to learn specifics when they should be focused on generalities. We concentrate on things we already know and time and time again fail to take into consideration what we don’t know. We are, therefore, unable to truly estimate opportunities, too vulnerable to the impulse to simplify, narrate, and categorize, and not open enough to rewarding those who can imagine the “impossible”.

For years, Taleb has studied how we fool ourselves into thinking we know more than we actually do. We restrict our thinking to the irrelevant and inconsequential, while large events continue to surprise us and shape our world. Now, in this revelatory book, Taleb explains everything we know about what we don’t know. He offers surprisingly simple tricks for dealing with black swans and benefiting from them.

Elegant, startling, and universal in its applications, The Black Swan will change the way you look at the world. Taleb is a vastly entertaining writer, with wit, irreverence, and unusual stories to tell, He has a polymathic command of subjects ranging from cognitive science to business to probability theory. The Black Swan is a landmark book—itself a black swan.

Nassim Nicholas Taleb has devoted his life to immersing himself in problems of luck, uncertainty, probability, and knowledge. Part literary essayist, part empiricist, part no-nonsense mathematical trader, he is currently taking a break by serving as the Dean’s Professor in the Sciences of Uncertainty at the University of Massachusetts at Amherst. His last book, the bestseller Fooled by Randomness, has been published in twenty languages. Taleb lives mostly in New York. 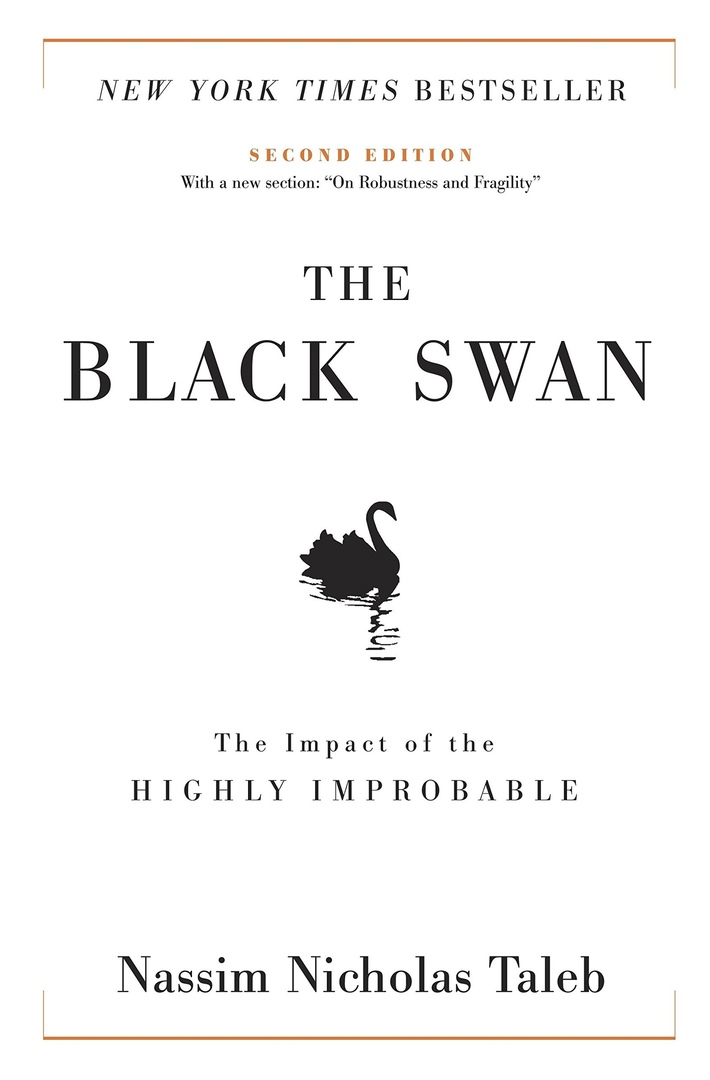 Nassim Nicholas Taleb - The Black Swan. The Impact of the Highly Improbable.pdf
6.88 MB

Nassim Nicholas Taleb - The Black Swan. The Impact of the Highly Improbable.pdf
6.88 MB
Please Share This
Related Posts
Many magazines
on the
→ MAGAZINELIB.COM
Book for today - 2019