The Best of Stephen King

1. Firestarter
Andy McGee and Vicky Tomlinson participated in a drug experiment run by a veiled government agency known as The Shop. One year later, they marry. Two years later, their little girl, Charlie, sets her teddy bear on fire by simply staring at it.
Now that Charlie is eight, she doesn’t start fires anymore. Her parents have taught her to control her pyrokinesis, the ability to set anything—toys, clothes, even people—aflame. But The Shop knows about and wants this pigtailed “ultimate weapon.” Shop agents set out to hunt down Charlie and her father in a ruthless chase that traverses the streets of New York and the backwoods of Vermont.

2. The Running Man (Richard Bachman)
They all watched, from the sprawling polluted slums to the security-obsessed enclaves of the rich. They all watched the ultimate live death game as the contestants tried to beat not the clock, but annihilation at the hands of the Hunters. Survive thirty days and win the billion dollar jackpot – that was the promise. But the odds were brutal and the game rigged. Best score so far was eight days.

3. Hearts in Atlantis
Stephen King, whose first novel, Carrie, was published in 1974, the year before the last U.S. troops withdrew from Vietnam, is the first hugely popular writer of the TV generation. Images from that war – and the protests against it – had flooded America’s living rooms for a decade. Hearts in Atlantis, King’s newest fiction, is composed of five interconnected, sequential narratives, set in the years from 1960 to 1999. Each story is deeply rooted in the sixties, and each is haunted by the Vietnam War.

4. Pet Sematary
When the Creeds move into a beautiful old house in rural Maine, it all seems too good to be true: physician father, beautiful wife, charming little daughter, adorable infant son-and now an idyllic home. As a family, they’ve got it all…right down to the friendly cat.
But the nearby woods hide a blood-chilling truth-more terrifying than death itself…and hideously more powerful.

5. The Green Mile
Welcome to Cold Mountain Penitentiary, home to the Depression-worn men of E Block. Convicted killers all, each awaits his turn to walk the Green Mile, keeping a date with “Old Sparky,” Cold Mountain’s electric chair. Prison guard Paul Edgecombe has seen his share of oddities in his years working the Mile. But he’s never seen anyone like John Coffey, a man with the body of a giant and the mind of a child, condemned for a crime terrifying in its violence and shocking in its depravity. In this place of ultimate retribution, Edgecombe is about to discover the terrible, wondrous truth about Coffey, a truth that will challenge his most cherished beliefs…and yours.

6. Everything’s Eventual
A collection of stories, Everything’s Eventual includes one O. Henry Prize winner, two other award winners, four stories published by The New Yorker, and “Riding the Bullet,” King’s original ebook, which attracted over half a million online readers and became the most famous short story of the decade.

7. Mr. Mercedes
A cat-and-mouse suspense thriller featuring a retired homicide detective who’s haunted by the few cases he left open, and by one in particular – the pre-dawn slaughter of eight people among hundreds gathered in line for the opening of a jobs fair when the economy was guttering out. Without warning, a lone driver ploughed through the crowd in a stolen Mercedes. The plot is kicked into gear when Bill Hodges receives a letter in the mail, from a man claiming to be the perpetrator. He taunts Hodges with the notion that he will strike again.

8. Misery
Paul Sheldon. He’s a bestselling novelist who has finally met his biggest fan. Her name is Annie Wilkes and she is more than a rabid reader-she is Paul’s nurse, tending his shattered body after an automobile accident. But she is also his captor, keeping him prisoner in her isolated house.
Now Annie wants Paul to write his greatest work-just for her. She has a lot of ways to spur him on. One is a needle. Another is an ax. And if they don’t work, she can get really nasty.

9. It
A promise made twenty-eight years ago calls seven adults to reunite in Derry, Maine, where as teenagers they battled an evil creature that preyed on the city’s children. Unsure that their Losers Club had vanquished the creature all those years ago, the seven had vowed to return to Derry if IT should ever reappear. Now, children are being murdered again and their repressed memories of that summer return as they prepare to do battle with the monster lurking in Derry’s sewers once more. 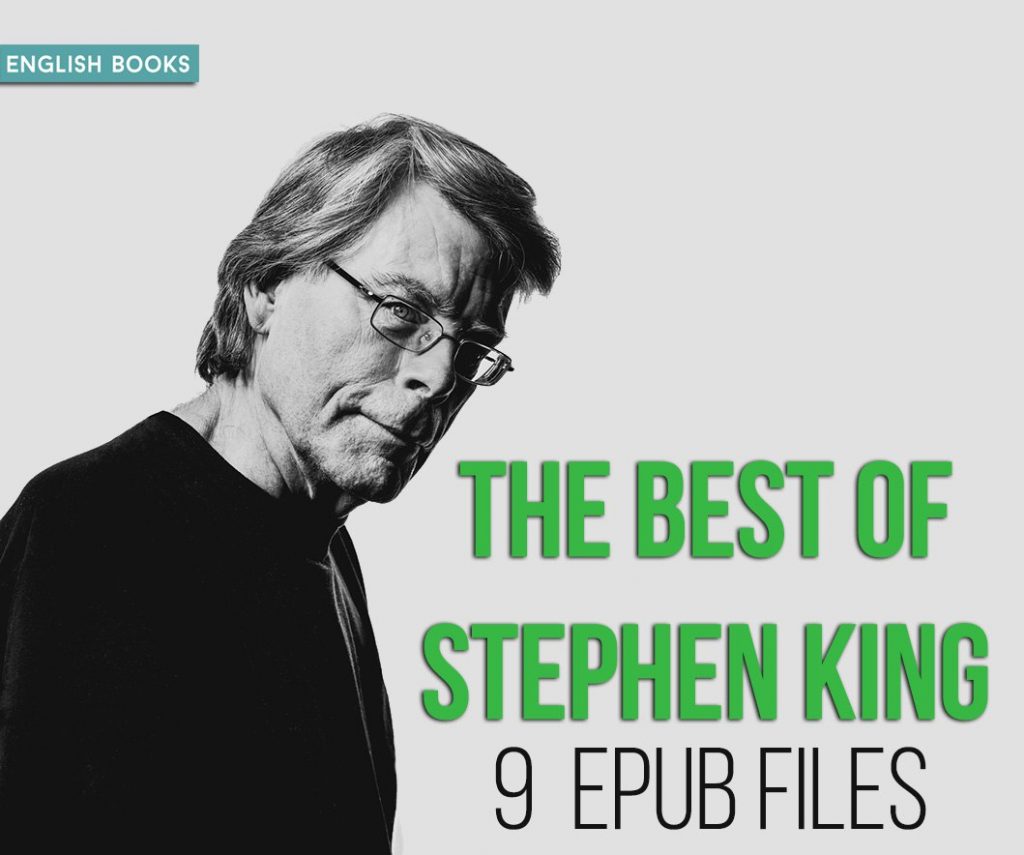