The Maidens, by Alex Michaelides
In this high-wire Gothic thriller, we meet London psychotherapist Mariana Andros, who rushes to her niece’s side at Cambridge University following a beloved classmate’s murder. Mariana immediately suspects Edward Fosca, a charismatic professor of Greek tragedy who has assembled a secret society of female students known as The Maidens. As bodies of Maidens continue to pile up, Mariana’s obsession with cracking the case soon endangers her life. Layered in dreamlike references to Greek mythology and ancient ritualized murders, this clever literary page-turner firmly establishes Michaelides as an unstoppable force in the thriller space.

Sharp Objects, by Gillian Flynn
Gone Girl gets all the press, but Flynn’s lesser-known debut is as fine a psychological thriller as they come. Fresh off a stint in a psychiatric hospital, troubled reporter Camille Preaker returns to her Missouri hometown to investigate a rash of violent crimes against teenage girls. After years of estrangement, Camille comes face to face with her relatives: the neurotic mother who haunted her childhood and the troublesome teenaged half-sister she barely knows. Installed in her family’s Victorian mansion as she investigates murders and disappearances, Camille is dragged ever deeper into the town’s dark secrets, all while her psychological state unravels under the threat of her own demons. Twisted and depraved, Sharp Objects will linger with you for a long time.

Strangers on a Train, by Patricia Highsmith
Strangers on a Train is a staple of the psychological thriller genre for a reason. In Highsmith’s tense debut novel, two men meet on a train journey. Guy, our hero, confides that he’s on the way to divorce the wife that he loathes; meanwhile, dangerous psychopath Bruno shares that he wishes his father were dead, and proposes a plan for “the perfect murder.” Bruno will kill Guy’s wife, Guy will kill Bruno’s father, and no one will be the wiser, as the men are strangers who can’t be connected. An appalled Guy declines, but when his wife turns up dead, it soon becomes clear that Bruno intends to carry out the murder swap, whether Guy likes it or not. In this taut, brilliant tale, Highsmith asks us to question just how much darkness lies dormant within us, and how little a nudge it might take to bring our worst impulses to the surface. Next time you strike up a conversation with a stranger, Strangers on a Train will have you thinking twice about what you share.

My Sister, the Serial Killer, by Oyinkan Braithwaite
Ever get tired of coming to your siblings’ rescue? Be glad you don’t have it as bad as Korede. In this deliciously dark novel, set in Lagos, Nigeria, we meet two sisters: Ayoola, a charming serial killer, and Korede, the resentful sister who enables her. Each time Ayoola kills her latest beau, Korede arrives with bleach and rubber gloves to clean up the crime scene. Everything changes when Ayoola sets her sights on Tade, Korede’s longtime crush. After a lifetime of playing second fiddle to her beautiful, lethal sister, Korede summons the courage to stop Ayoola’s murder spree before it’s too late for the man she loves. In this sardonic showdown between sisters, Braithwaite weaves a psychologically complex dichotomy between two fascinating women.

Long Bright River, by Liz Moore
If you like your psychological thrillers with a side of police procedural intrigue, then this is the title for you. Set in a Philadelphia neighborhood ravaged by poverty and addiction, Long Bright River is the story of two estranged sisters: Mickey, who walks these hardscrabble blocks on her police beat, and Kacey, who lives in the neighborhood while struggling with her addiction. When Kacey goes missing amid a mysterious string of murders, Mickey becomes desperate to find her sister before it’s too late. At once a gripping crime thriller and a poignant, neighborhood-level look at the opioid crisis, Long Bright River is an unforgettable story.

Your House Will Pay, by Steph Cha
In a modern day Los Angeles rocked by protests following the police shooting of a Black teenager, two families confront the decades-old crime that binds them. In the early 1990s, a Korean convenience store owner shot and killed a Black teenager; now, the shop owner’s daughter and the teen’s brother are on a collision course, with dangerous implications for their respective families. Through this layered story about racism, the broken justice system, and revenge, Cha delivers a noirish thriller packed with surprises.

Shutter Island, by Dennis Lehane
Sure, you remember Martin Scorsese’s film Shutter Island, but have you read the acclaimed novel it’s based on? Set in 1954, the book centers on Teddy Daniels, a U.S. Marshal investigating crimes and conspiracies on Shutter Island, home to the Ashcliffe Hospital for the Criminally Insane. Sent there to locate an escaped murderess, then trapped there by an impending hurricane, Teddy and his partner are thrust into a web of locked rooms and secret codes, which gradually reveal that Ashcliffe Hospital isn’t what it seems. Lehane’s thrilling, twisty-turny novel will manipulate your mind until the very last page.

Those Bones Are Not My Child, by Toni Cade Bambara
Edited by Toni Morrison, who calls Those Bones Are Not My Child Bambara’s masterpiece, Bambara’s final novel is her most unforgettable. Set in “The City Too Busy to Hate” during the Atlanta Child Murders, this is the wrenching story of Zala and Spence, a separated couple whose teenage son, Sonny, goes missing on a hot summer day. When the search for Sonny is met with indifference by the racist authorities, Zala and Spence resort to their own desperate measures to find him, only to become suspects themselves. In this commanding rendering of an anguished time and place, Bambara captures the tumult of a city, all while two parents realize their greatest fear.

Out, by Natsuo Kirino
Kirino, a literary superstar in her native Japan, made a splash on American shores with Out, her nervy black comedy about a group of down-on-their-luck women in Tokyo. When a bento factory worker strangles her deadbeat husband, three female coworkers rally around her to dispose of the body and conceal the murder. A local crime ring takes note and offers the women additional opportunities; soon, relations between the women grow strained, all while detectives are hot on their trail. At once a literary pageturner and a biting commentary about Japan’s social underclass, Out masterfully plumbs the psychology of women on the brink.

Rebecca, by Daphne Du Maurier
“Last night I dreamt I went to Manderley again.” With this iconic opening line, Du Maurier thrusts us into the chilling world of Rebecca, a ghost story haunted by an unseen ghost. When a nameless young woman marries the wealthy widower Maxim de Winter, the newlyweds head to his ancestral estate of Manderley, where they aim to make a new life together. The second Mrs. de Winter soon finds her life dominated by Rebecca, Maxim’s late wife, whose memory looms forebodingly large around the estate’s every corner. As the second Mrs. de Winter pieces together her predecessor’s secret history, the obsession drives her to the brink of madness, making for an otherworldly psychological thriller you’ll never be able to shake off 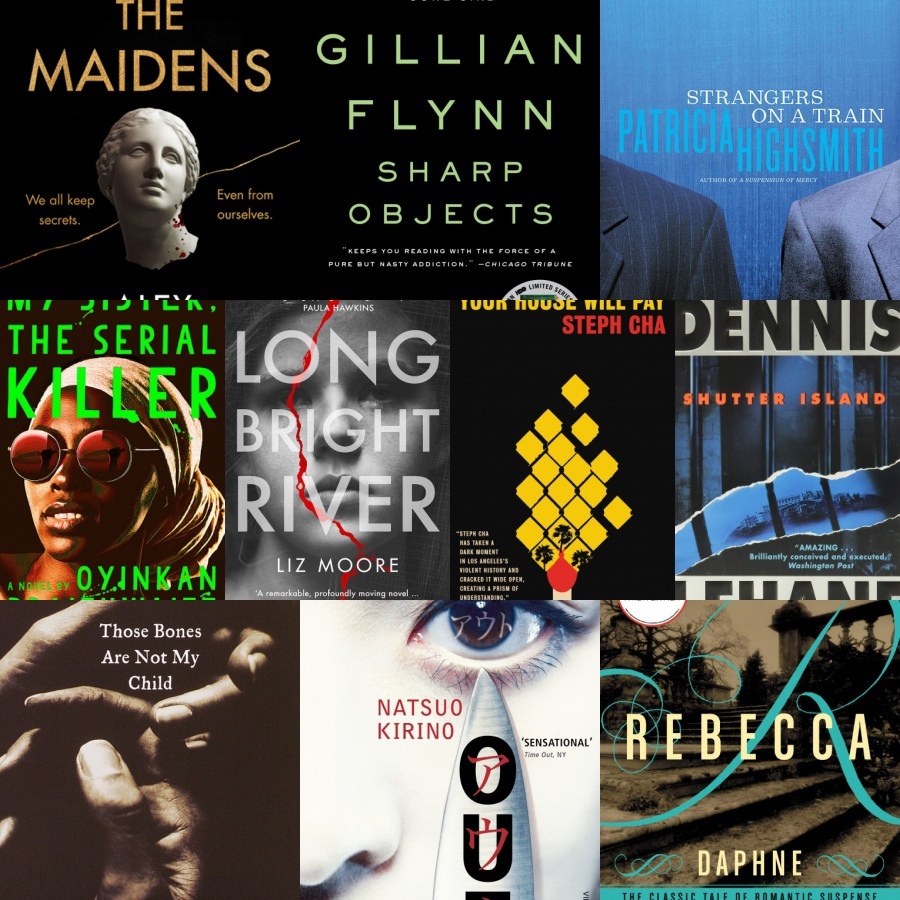 Your_House_Will_Pay_by_Steph_Cha.epub
784.56 KB
Please Share This
Related Posts
Many magazines
on the
→ MAGAZINELIB.COM
Book for today - 2019-2022