One-time lieutenant of the evil Emperor Jagang, known as “Death’s Mistress” and the “Slave Queen”, the deadly Nicci captured Richard Rahl in order to convince him that the Imperial Order stood for the greater good. But it was Richard who converted Nicci instead, and for years thereafter she served Richard and Kahlan as one of their closest friends―and one of their most lethal defenders.

Now, with the reign of Richard and Kahlan finally stabilized, Nicci has set out on her own for new adventures. One of her jobs will be to keep her travelling companion, the unworldly prophet Nathan, out of trouble. But her real task will be to scout the far reaches of Richard Rahl’s realm. This will take her and Nathan to visit the mysterious witch-woman Red, to tangle with the street life of the port city of Tanimura, to fight lethal battles on the high seas, and ultimately to a vast magical confrontation far from home…with the future of life itself, in the Old World and the New, at stake.

Full of life and story, this is a sweeping, engaging tale in the grand Goodkind manner. 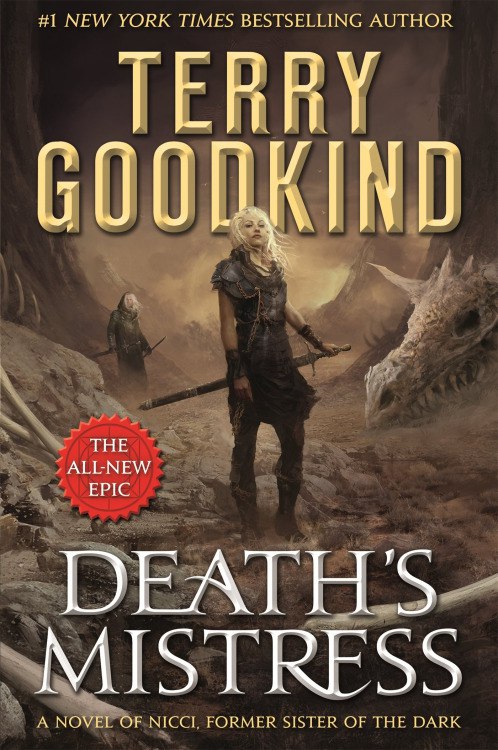