Ten Global Trends Every Smart Person Should Know : And Many Others You Will Find Interesting

Think the world is getting worse? If so, you’re wrong. The world is, for the most part, actually getting better. But 58 percent of people in 17 countries who were surveyed in 2016 thought that the world was either getting worse or staying the same. Americans were even more glum: 65 percent thought the world was getting worse and only 6 percent thought it was getting better. The uncontroversial data on major global trends in this book will persuade you that this dark view of the state of humanity and the natural world is, in large part, badly mistaken.

World population will peak at 8–9 billion before the end of this century, as the global fertility rate continues its fall from 6 children per woman in 1960 to the current rate of 2.4. The global absolute poverty rate has fallen from 42 percent in 1981 to 8.6 percent today. Satellite data show that forest area has been expanding since 1982. Natural resources are becoming ever cheaper and more abundant. Since 1900, the average life expectancy has more than doubled, reaching more than 72 years globally. Of course, major concerns such as climate change, marine plastic pollution, and declining wildlife populations are still with us, but many of these problems are already being ameliorated as a result of the favorable economic, social, and technological trends that are documented in this book.

You can’t fix what is wrong in the world if you don’t know what’s actually happening. Ten Global Trends Every Smart Person Should Know will provide busy people with quick-to-read, easily understandable, and entertaining access to surprising facts that they need to know about how the world is really faring. 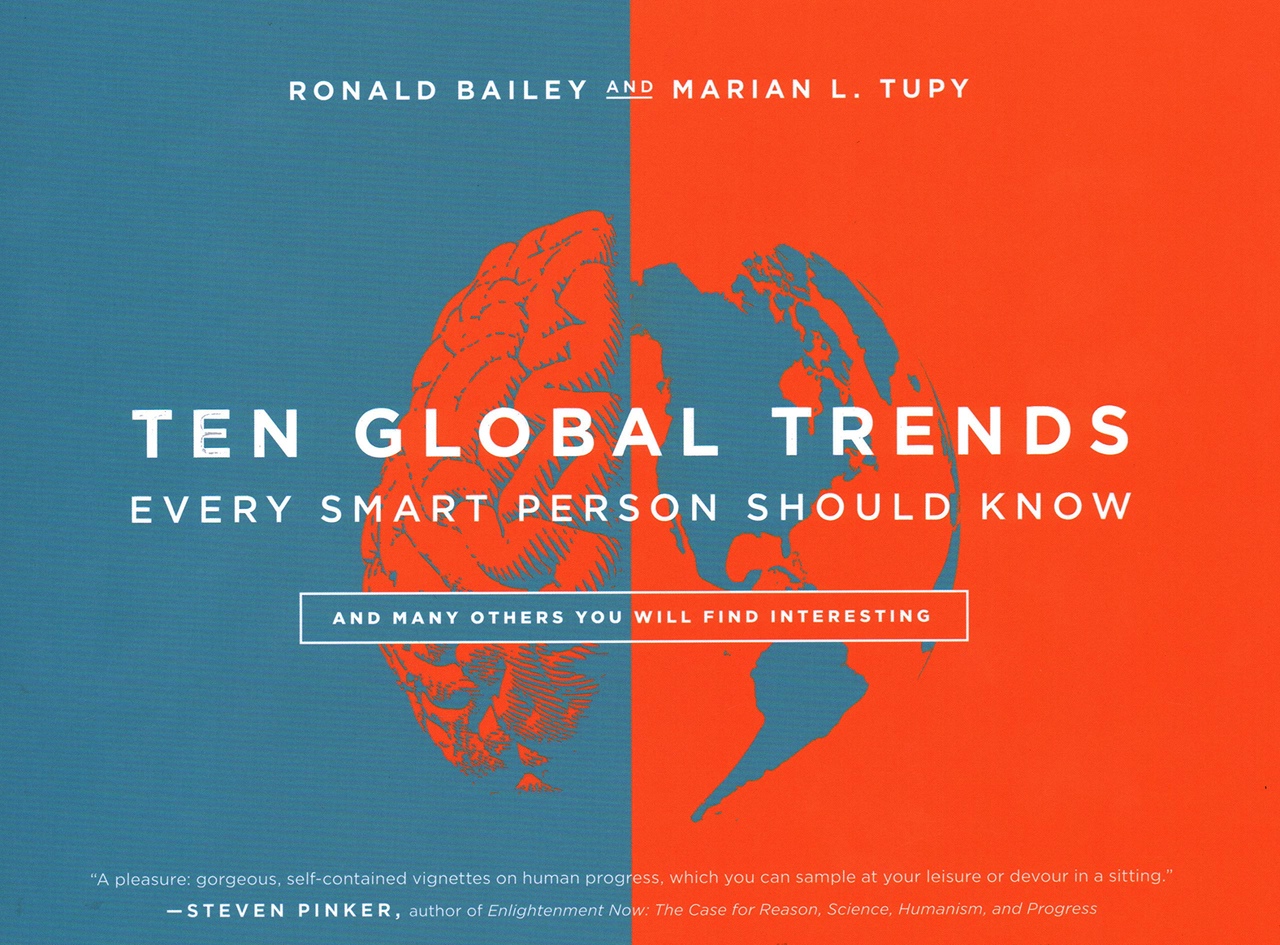 Ten Global Trends Every Smart.pdf
23.93 MB
Please Share This
Related Posts
Many magazines
on the
→ MAGAZINELIB.COM
Book for today - 2019-2022