When President Barack Obama demanded formally in the summer of 2011 that Syrian President Bashar al-Assad step down, it was not the first time Washington had sought regime change in Damascus. The United States had waged a long war against Syria from the very moment the country’s fiercely independent Arab nationalist movement—of which Assad and his father Hafez al-Assad were committed devotees—came to power in 1963. Washington sought to purge Arab nationalist influence from the Syrian state and the Arab world more broadly because it was a threat to its agenda of establishing global primacy and promoting business-friendly investment climates for US banks, investors and corporations throughout the world. Arab nationalists aspired to unify the world’s 400 million Arabs into a single super-state capable of challenging United States hegemony in West Asia and North Africa and becoming a major player on the world stage free from the domination of the former colonial powers and the US. Washington had waged long wars on the leaders of the Arab nationalist movement—Egypt’s Gamal Abdel Nasser, Iraq’s Saddam, Libya’s Muammar Gaddafi, and Syria’s Assads, often allying with particularly violent forms of political Islam to undermine its Arab nationalist foes. By 2011, only one pan-Arabist state remained in the region—Syria.

In Washington’s Long War on Syria Stephen Gowans examines the decades-long struggle between secular Arab nationalism, political Islam, and United States imperialism for control of Syria, the self-proclaimed Den of Arabism, and last secular pan-Arabist state in the region. 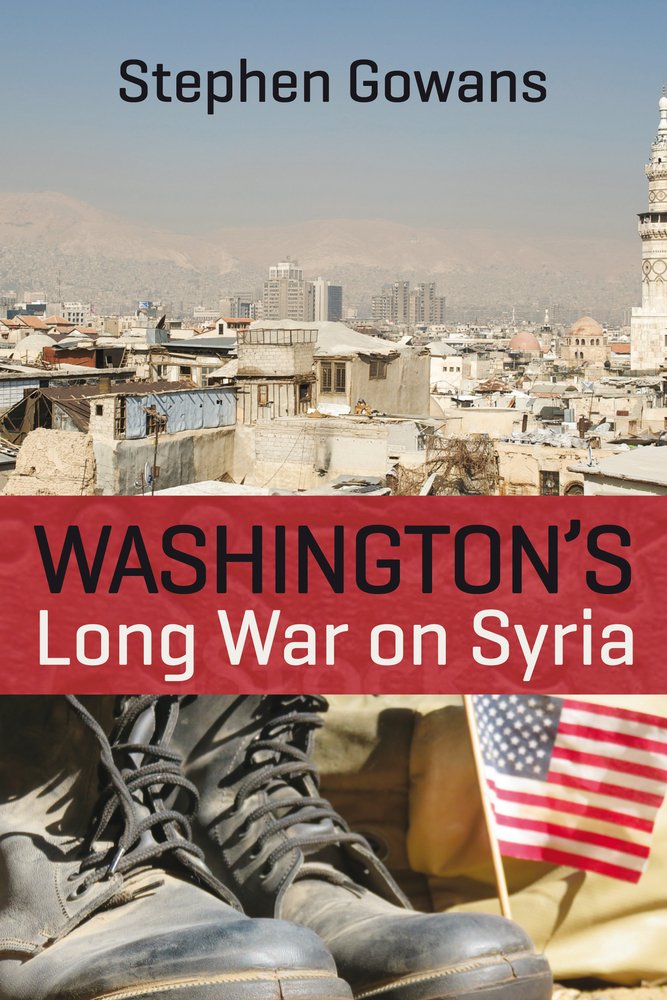 StephenGowansWashingtonsLongWaronSyria.pdf
2.69 MB
Please Share This
Related Posts
Many magazines
on the
→ MAGAZINELIB.COM
Book for today - 2019