Shaq Uncut My Story by Shaquille O’Neal with Jackie MacMullan

You know him by any number of names, and chances are you know all about his legendary basketball career: Shaquille “Shaq” O’Neal is a four-time NBA champion and a three-time NBA Finals MVP. After being an All-American at Louisiana State University, he was the overall number one draft pick in the NBA in 1992. In his 19-year career, Shaq racked up 28,596 career points (including 5,935 free throws!), 13,099 rebounds, 3,026 assists, 2,732 blocks, and 15 All-Star appearances.
These are statistics that are almost as massive as the man himself. His presence-both physically and psychologically-made him a dominant force in the game for two decades.
But if you follow the game, you also know that there’s a lot more to Shaquille O’Neal than just basketball.

Shaq is famous for his playful, and at times, provocative personality. He is, literally, outsize in both scale and persona. Whether rapping on any of his five albums, challenging celebrities on his hit television show “Shaq Vs.,” studying for his PhD or serving as a reserve police officer, there’s no question that Shaq has led a unique and multi-dimensional life. And in this rollicking new autobiography, Shaq discusses his remarkable journey, including his candid thoughts on teammates and coaches like Kobe Bryant, Dwyane Wade, LeBron James, Phil Jackson, and Pat Riley.

From growing up in difficult circumstances and getting cut from his high school basketball team to his larger-than-life basketball career, Shaq lays it all out in SHAQ UNCUT: MY STORY. 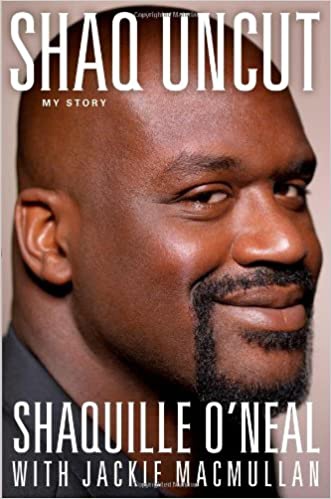 Shaq_Uncut_My_Story_by_Shaquille_ONeal_UserUpload.Net.epub
4.71 MB
Please Share This
Related Posts
Many magazines
on the
→ MAGAZINELIB.COM
Book for today - 2019