By his own admission, SS Kommandant Rudolf Höss was history’s greatest mass murderer, having personally supervised the extermination of approximately two million people, mostly Jews, at the death camp in Auschwitz, Poland. Death Dealer is the first complete translation of Höss’s memoirs into English.

These bone-chilling memoirs were written between October 1946 and April 1947. At the suggestion of Professor Sanislaw Batawia, a psychologist, and Professor Jan Shen, the prosecuting attorney for the Polish War Crimes Commission in Warsaw, Höss wrote a lengthy and detailed description of how the camp developed, his impressions of the various personalities with whom he dealt, and even the extermination of millions in the gas chambers. This written testimony is perhaps the most important document attesting to the Holocaust, because it is the only candid, detailed, and (for the most part) honest description of the Final Solution from a high-ranking SS officer intimately involved in carrying out the plans of Hitler and Himmler.

With the cold objectivity of a common hit-man, Höss chronicles the discovery of the most effective poison gas, and the technical obstacles that often thwarted his aim to kill as efficiently as possible. Staring at the horror without reacting, Höss allowed conditions at Auschwitz to reduce human beings to walking skeletons – then he labelled them as subhumans fit only to die. Readers will witness Höss’s shallow rationalizations as he tries to balance his deeds with his increasingly disturbed, yet always ineffectual, conscience. 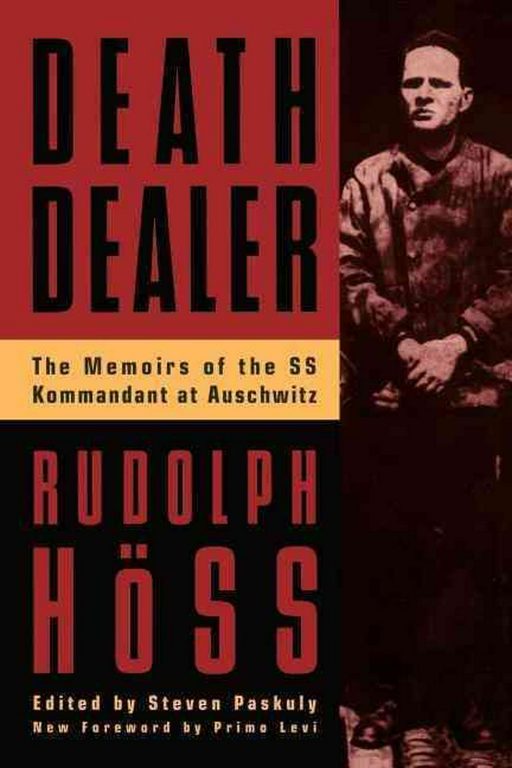 Death Dealer.epub
17.28 MB
Please Share This
Related Posts
Many magazines
on the
→ MAGAZINELIB.COM
Book for today - 2019