In the mid-1930s just as the United States was embarking on a policy of neutrality, Nazi Germany launched a program of espionage against the unwary nation. The Nazi Spy Ring in America tells the story of Hitler’s attempts to interfere in American affairs by spreading anti-Semitic propaganda, stealing military technology, and mapping US defenses.

This fast-paced history provides essential insight into the role of espionage in shaping American perceptions of Germany in the years leading up to US entry into World War II. Fascinating and thoroughly researched, The Nazi Spy Ring in America sheds light on a now-forgotten but significant episode in the history of international relations and the development of the FBI.

Using recently declassified documents, prize-winning historian Rhodri Jeffreys-Jones narrates this little-known chapter in US history. He shows how Germany’s foreign intelligence service, the Abwehr, was able to steal top secret US technology such as a prototype codebreaking machine and data about the latest fighter planes.

At the center of the story is Leon Turrou, the FBI agent who helped bring down the Nazi spy ring in a case that quickly transformed into a national sensation. The arrest and prosecution of four members of the ring was a high-profile case with all the trappings of fiction: fast cars, louche liaisons, a murder plot, a Manhattan socialite, and a ringleader codenamed Agent Sex. Part of the story of breaking the Nazi spy ring is also the rise and fall of Turrou, whose talent was matched only by his penchant for publicity, which eventually caused him to run afoul of J. Edgar Hoover’s strict codes of conduct. 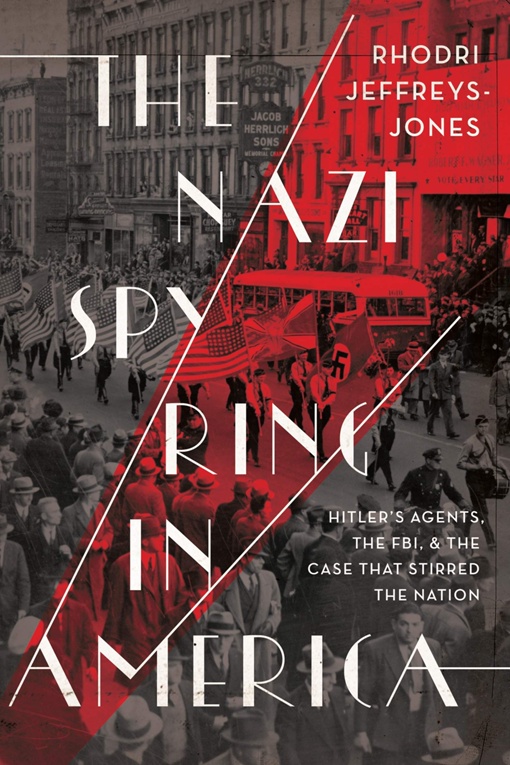 Rhodri Jeffreys-Jones - The Nazi Spy Ring in America.epub
3.23 MB
Please Share This
Related Posts
Many magazines
on the
→ MAGAZINELIB.COM
Book for today - 2019-2022