One of the most compelling and controversial figures in ancient Egyptian history, Akhenaten has captured the imagination like no other Egyptian pharaoh. Much has been written about this strange, persecuted figure, whose depiction in effigies is totally at odds with the traditional depiction of the Egyptian ruler-hero. Akhenaten sought to impose upon Egypt and its people the worship of a single god—the sun god—and in so doing changed the country in every way.

In Akhenaten, Nicholas Reeves presents an entirely new perspective on the turbulent events of Akhenaten’s seventeen-year reign. Reeves argues that, far from being the idealistic founder of a new faith, the Egyptian ruler cynically used religion for political gain in a calculated attempt to reassert the authority of the king and concentrate all power in his hands. Backed by abundant archaeological and documentary evidence, Reeves’s narrative also provides many new insights into questions that have baffled scholars for generations—the puzzle of the body in Tomb 55 in the Valley of the Kings; the fate of Nefertiti, Akhenaten’s beautiful wife; the identity of his mysterious successor, Smenkhkare; and the theory that Tutankhamun, Akhenaten’s son and heir to the throne, was murdered. 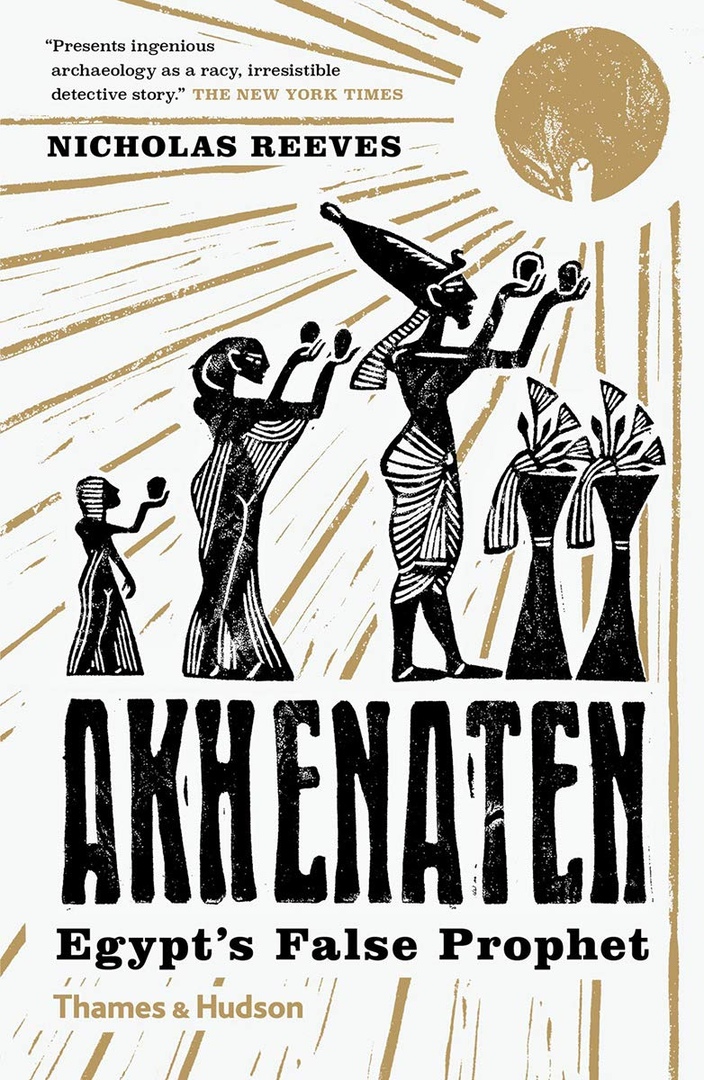