In early 2019, after three years of careful planning, Rahaf Mohammed finally escaped her abusive family in Saudi Arabia—but made it only to Bangkok before being stripped of her passport. If forced to return home, she was sure she would be killed, like other rebel women in her country. As men pounded at the door of her barricaded hotel room, she opened a Twitter account. The teenager reached out to the world, and the world answered—she gained 45,000 followers in one day, and those followers helped her seek asylum in the West.

Now Rahaf Mohammed tells her remarkable story in her own words, revealing untold truths about life in the closed kingdom, where young women are brought up in a repressive system that puts them under the legal control of a male guardian. Raised with immense financial privilege but under the control of her male relatives—including her high-profile politician father—she endured an abusive childhood in which oppression and deceit were the norm.

Moving from Rahaf’s early days on the underground online network of Saudi runaways, who use coded entries to learn how to flee the brutalities of their homeland, to her solo escape to Canada, Rebel is a breathtaking and life-affirming memoir about one woman’s tenacious pursuit of freedom. 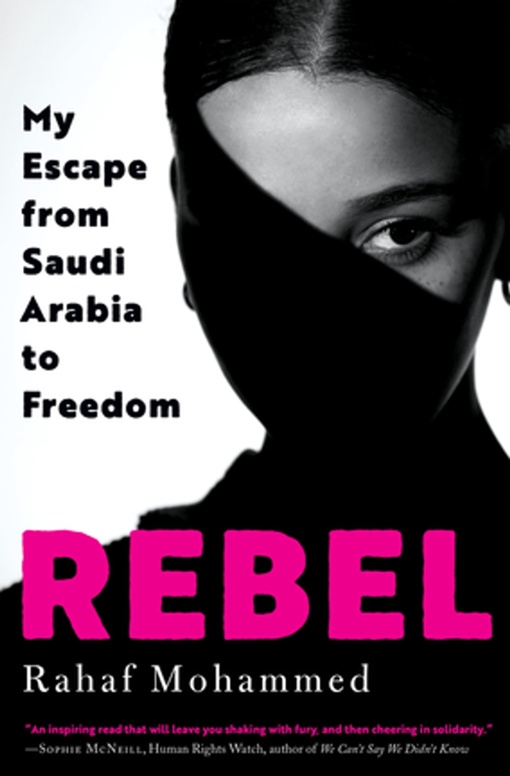