Overview: NYT bestselling writer Jeff VanderMeer has been called “the weird Thoreau” by the New Yorker for his engagement with ecological issues. His most recent novel, the national bestseller Borne, received wide-spread critical acclaim and his prior novels include the Southern Reach trilogy (Annihilation, Authority, and Acceptance).

Balzac’s War: A Tale of Veniss Underground
A deadly invasion of a far-future ecologically ravaged earth. A terrible secret discovered in a ruined city. Earth is no longer ruled by humans, but by the species they uplifted. Creatures called fleshdogs are their emissaries, and humanity must fight this implacable enemy or face extinction. Balzac must confront monsters and more trying to find his lover. And when he does find her, will the price be too great? This novella is part of Jeff VanderMeer’s cycle of far-future stories, which culminated with the critically acclaimed novel Veniss Underground. As an added bonus, this e-book also includes two extras: an incomplete story set during the same time period as “Balzac’s War” and VanderMeer’s original afterword to the UK edition of Veniss Underground, shedding light on the original creator of the creatures that take center stage in “Balzac’s War.”

Secret Lives
In this new collection by World Fantasy Award winner Jeff VanderMeer, the secret lives of librarians, doctors, lawyers, university students, bank tellers, sex shop clerks and dozens of others are revealed for the first time. Ordered by profession, these short-short stories range from the hilarious to the somber, the absurd to the revelatory. Using real people as the springboard, VanderMeer has created a rich blend of the factual and the imaginary in which everyone gets the secret life they deserve. A luminous little book meant for dipping into one secret life at a time.

The Situation
“The Situation” is based on a short story by Jeff VanderMeer which Margo Lanagan called “darkly hilarious” and Kevin Brockmeier “a work of surreal humor, bemused sadness, and meticulous artifice…as if the workplace novels of Sinclair Lewis and Joshua Ferris had been inverted, shaken, and diced until they came out looking like a Terry Gilliam creation.” 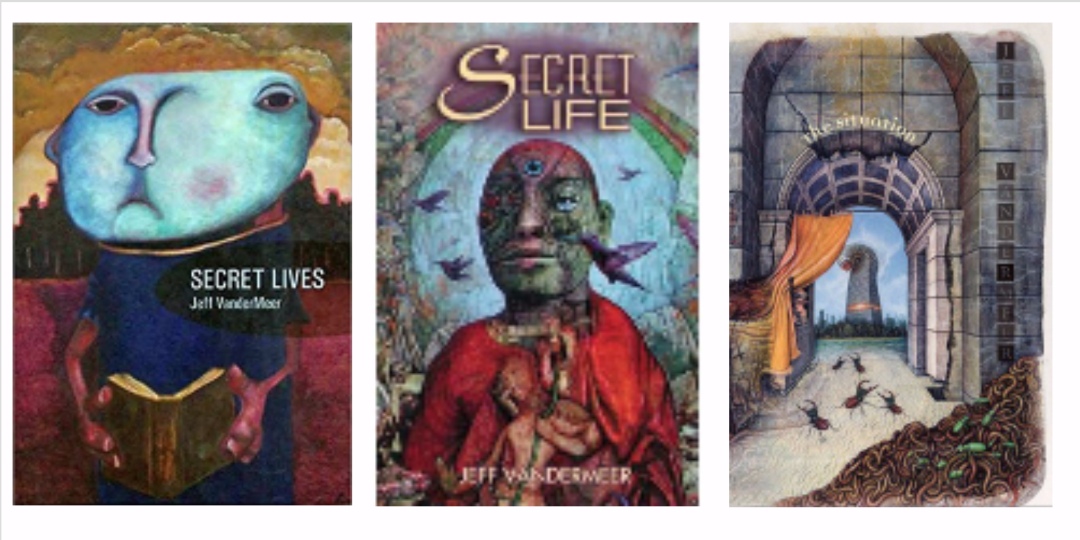 VanderMeer,_Jeff_-_The_Situation.epub
469.21 KB
Please Share This
Related Posts
Many magazines
on the
→ MAGAZINELIB.COM
Book for today - 2019