Description: American Gods is Neil Gaiman’s best and most ambitious novel yet, a scary, strange, and hallucinogenic road-trip story wrapped around a deep examination of the American spirit. Gaiman tackles everything from the onslaught of the information age to the meaning of death, but he doesn’t sacrifice the razor-sharp plotting and narrative style he’s been delivering since his Sandman days.
Shadow gets out of prison early when his wife is killed in a car crash. At a loss, he takes up with a mysterious character called Wednesday, who is much more than he appears. In fact, Wednesday is an old god, once known as Odin the All-father, who is roaming America rounding up his forgotten fellows in preparation for an epic battle against the upstart deities of the Internet, credit cards, television, and all that is wired. Shadow agrees to help Wednesday, and they whirl through a psycho-spiritual storm that becomes all too real in its manifestations. 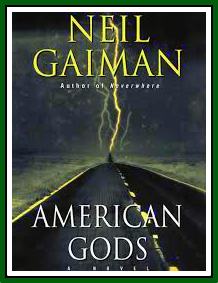 American Gods.epub
557.50 KB
Please Share This
Related Posts
Many magazines
on the
→ MAGAZINELIB.COM
Book for today - 2019-2022