Nathan Schneider – Everything for Everyone

A new feudalism is on the rise. While monopolistic corporations feed their spoils to the rich, more and more of us are expected to live gig to gig. But, as Nathan Schneider shows, an alternative to the robber-baron economy is hiding in plain sight; we just need to know where to look.

Cooperatives are jointly owned, democratically controlled enterprises that advance the economic, social, and cultural interests of their members. They often emerge during moments of crisis not unlike our own, putting people in charge of the workplaces, credit unions, grocery stores, healthcare, and utilities they depend on.

Everything for Everyone chronicles this revolution–from taxi cooperatives keeping Uber at bay, to an outspoken mayor transforming his city in the Deep South, to a fugitive building a fairer version of Bitcoin, to the rural electric co-op members who are propelling an aging system into the future. As these pioneers show, co-ops are helping us rediscover our capacity for creative, powerful, and fair democracy. 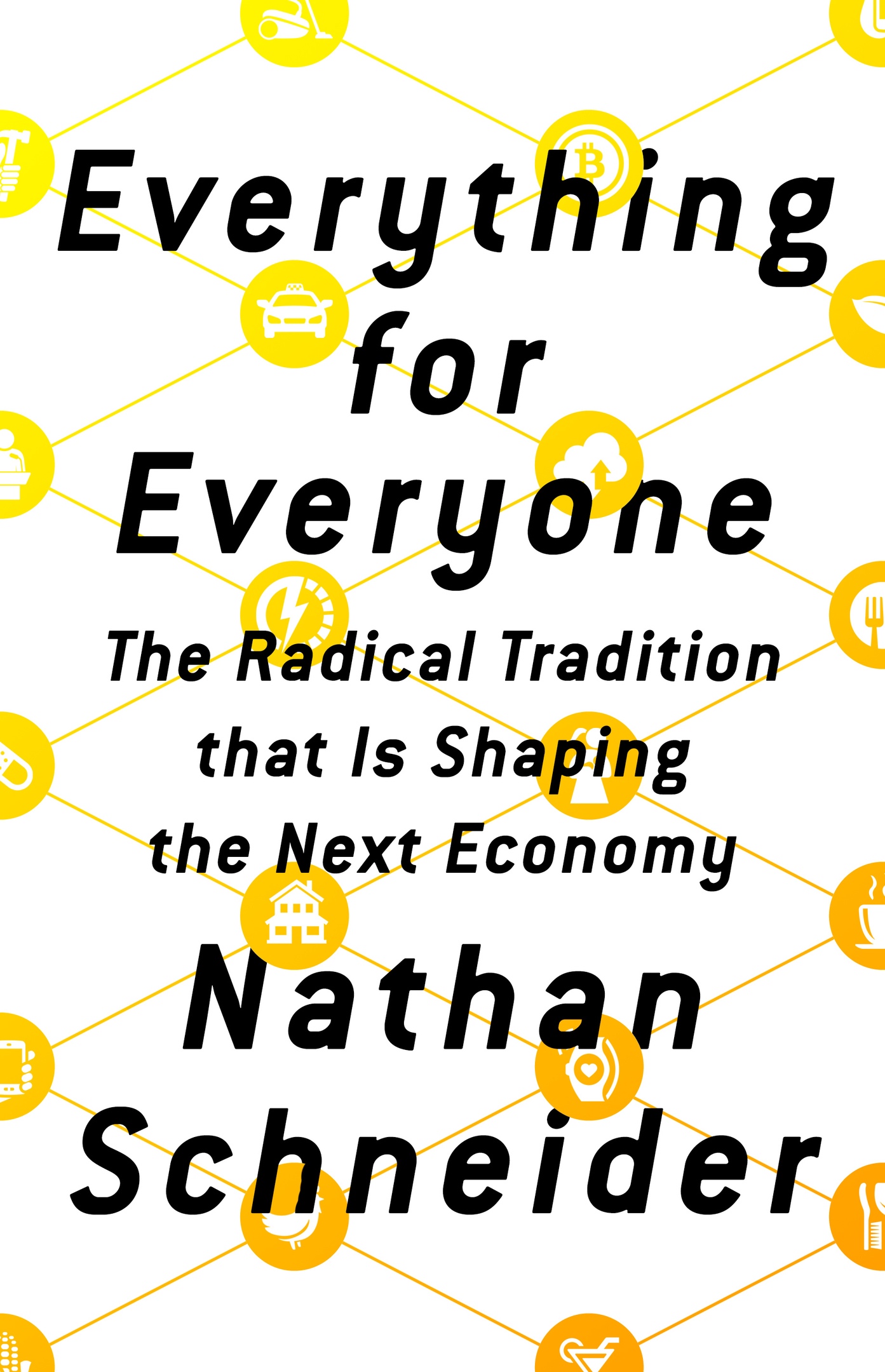 Everything for Everyone.epub
2.74 MB
Please Share This
Related Posts
Many magazines
on the
→ MAGAZINELIB.COM
Book for today - 2019-2022