This engaging book provides a brief, accessible introduction to the broad sweep of Mexican history, from pre-contact civilizations to the present. John Sherman explores the nation’s rich pre-Columbian heritage, including the great pyramids of Teotihuacán, while a stand-alone chapter addresses the Yucatán Maya, including a detailed account of Chichen Itzá. The drama of the conquest ushers in Mexico’s three colonial centuries.

The author brings to life the pageantry of viceregal reign, the power of the Roman Catholic Church, the poignancy of Sor Juana’s poetry, the Virgin of Guadalupe, hacendados, silver barons, and pirates. The turmoil of the Hidalgo revolt, the loss of Texas, a cataclysmic war with the United States, French invasion, and the triumph of Benito Juárez define the era of early nationhood. He shows how the shrewd dictator Porfirio Díaz is toppled in rebellion, as Emiliano Zapata and Pancho Villa ride again.

Exploring the breadth of the twentieth century, Sherman uncovers the roots of a vested oligarchy that still dominates Mexico today. In clear, vibrant style, he tells the dramatic tale of a nation whose history is integrally tied to that of the United States. Focusing on political and economic processes, the author provides a crisp narrative, enhanced with a rich array of maps and illustrations. 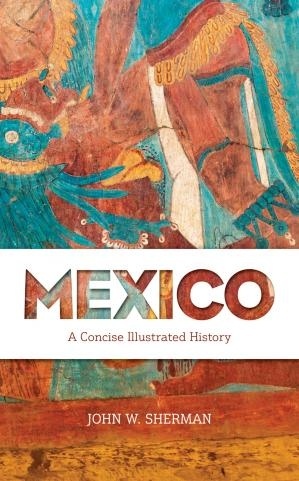 Mexico_A_Concise_Illustrated_History_by_John_W_Sherman.epub
18.49 MB
Please Share This
Related Posts
Many magazines
on the
→ MAGAZINELIB.COM
Book for today - 2019-2022