Mathematics is a product of human culture which has developed along with our attempts to comprehend the world around us. In A Brief History of Mathematical Thought, Luke Heaton explores how the language of mathematics has evolved over time, enabling new technologies and shaping the way people think. From stone-age rituals to algebra, calculus, and the concept of computation, Heaton shows the enormous influence of mathematics on science, philosophy and the broader human story.

The book traces the fascinating history of mathematical practice, focusing on the impact of key conceptual innovations. Its structure of thirteen chapters split between four sections is dictated by a combination of historical and thematic considerations.

In the first section, Heaton illuminates the fundamental concept of number. He begins with a speculative and rhetorical account of prehistoric rituals, before describing the practice of mathematics in Ancient Egypt, Babylon and Greece. He then examines the relationship between counting and the continuum of measurement, and explains how the rise of algebra has dramatically transformed our world. In the second section, he explores the origins of calculus and the conceptual shift that accompanied the birth of non-Euclidean geometries. In the third section, he examines the concept of the infinite and the fundamentals of formal logic. Finally, in section four, he considers the limits of formal proof, and the critical role of mathematics in our ongoing attempts to comprehend the world around us.

The story of mathematics is fascinating in its own right, but Heaton does more than simply outline a history of mathematical ideas. More importantly, he shows clearly how the history and philosophy of maths provides an invaluable perspective on human nature. 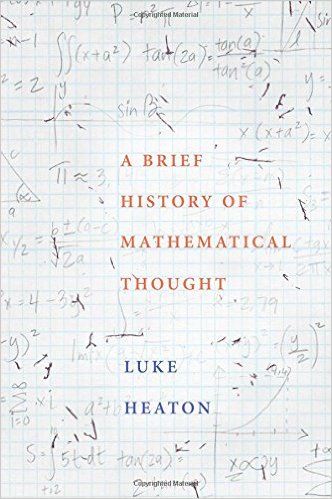 Luke Heaton - A Brief History of Mathematical Thought.pdf
4.32 MB
Please Share This
Related Posts
Many magazines
on the
→ MAGAZINELIB.COM
Book for today - 2019