Language in the Trump Era: Scandals and Emergencies

Early in his campaign, Donald Trump boasted that ‘I know words. I have the best words’, yet despite these assurances his speech style has sown conflict even as it has powered his meteoric rise. If the Trump era feels like a political crisis to many, it is also a linguistic one. Trump has repeatedly alarmed people around the world, while exciting his fan-base with his unprecedented rhetorical style, shock-tweeting, and weaponized words. Using many detailed examples, this fascinating and highly topical book reveals how Trump’s rallying cries, boasts, accusations, and mockery enlist many of his supporters into his alternate reality. From Trump’s relationship to the truth, to his use of gesture, to the anti-immigrant tenor of his language, it illuminates the less obvious mechanisms by which language in the Trump era has widened divisions along lines of class, gender, race, international relations, and even the sense of truth itself. 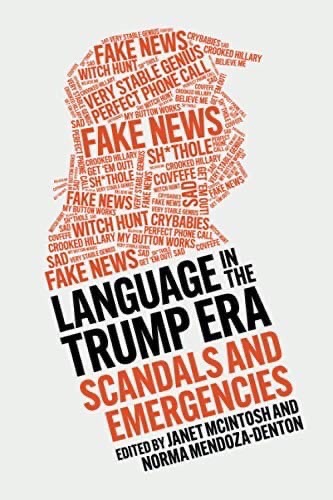 Language in the Trump Era.epub
12.20 MB
Please Share This
Related Posts
Many magazines
on the
→ MAGAZINELIB.COM
Book for today - 2019-2022