Bordering all but two of South America’s other nations and by far Latin America’s largest country, Brazil differs linguistically, historically, and culturally from Spanish America. Its indigenous peoples share the country with descendants of Portuguese conquerors and the Africans they imported to work as slaves, along with more recent immigrants from southern Europe, Japan, the Middle East, and elsewhere. Capturing the scope of this country’s rich diversity and distinction as no other book has done—with more than a hundred entries from a wealth of perspectives—The Brazil Reader offers a fascinating guide to Brazilian life, culture, and history.

Complementing traditional views with fresh ones, The Brazil Reader’s historical selections range from early colonization to the present day, with sections on imperial and republican Brazil, the days of slavery, the Vargas years, and the more recent return to democracy. They include letters, photographs, interviews, legal documents, visual art, music, poetry, fiction, reminiscences, and scholarly analyses. They also include observations by ordinary residents, both urban and rural, as well as foreign visitors and experts on Brazil. Probing beneath the surface of Brazilian reality—past and present—The Reader looks at social behavior, women’s lives, architecture, literature, sexuality, popular culture, and strategies for coping with the travails of life in a country where the affluent live in walled compounds to separate themselves from the millions of Brazilians hard-pressed to find food and shelter. Contributing to a full geographic account—from the Amazon to the Northeast and the Central-South—of this country’s singular multiplicity, many pieces have been written expressly for this volume or were translated for it, having never previously been published in English.

This second book in The Latin America Readers series will interest students, specialists, travelers for both business and leisure, and those desiring an in-depth introduction to Brazilian life and culture. 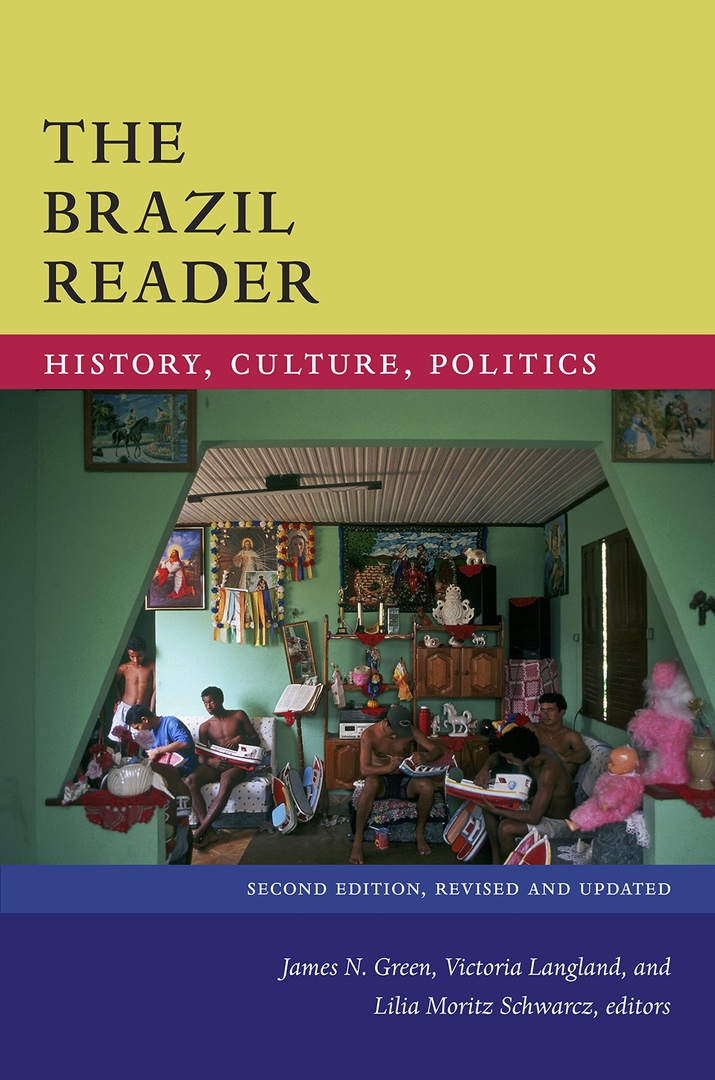 The Brazil Reader. History, Culture, Politics.pdf
6.87 MB
Please Share This
Related Posts
Many magazines
on the
→ MAGAZINELIB.COM
Book for today - 2019-2022