Kobo Abe — The Woman in the Dune
Genre:

The main character, schoolteacher Niki Jumpei, travels to a remote seaside village to collect insects for his research. In the evening, he misses the bus back to the nearest city, however. The villages then find a place for him to stay with a young woman in a shack at the bottom of a vast sand pit. The walls of the pit are so steep that Jumpei must climb down a rope ladder to enter the home. The mysterious woman spends each night shoveling the ever-advancing sand dunes that threaten her shack and the village. She places the sand in buckets which the villages retrieve using ropes. The villages then sell the sand to construction companies for concrete production. In return, the villages provide food and water for the woman. Jumpei is rather perplex at the woman’s way of life. He asks her Are you shoveling to survive, or surviving to shovel? The next morning, Jumpei awakes to find that the rope ladder is gone. He frantically realizes that he is being held captive. Jumpei is pressed against his will into helping the woman in the Sisyphus-like task of shoveling the sand. He initially fights against his surreal predicament and makes numerous unsuccessful attempts to escape.At one point, Jumpei even ties up the woman to prevent her shoveling the sand. Jumpei undergoes cycles of fear, despair, pride, and sexual desire until he finally succumbs to and accepts his circumstances. The theme of the novel is that freedom is an illusion and that one has to create his own meaning in life. 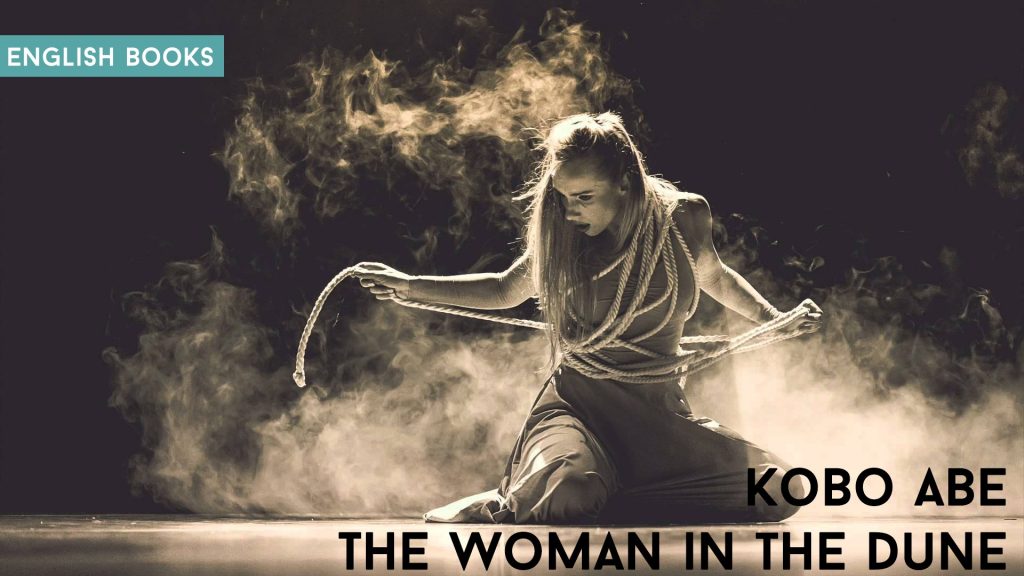