Joel B. Pollack – How Trump Won

Donald Trump blindsided them all: the media, campaign consultants on both sides, and Hillary Clinton’s vaunted data operation. Now two insiders—Joel Pollak, senior editor-at-large for Breitbart News, eye-witness to the election from his unique position as the only conservative reporter aboard the Trump press plane in the last pivotal weeks of the campaign, and professional historian Larry Schweikart, whose “Renegade Deplorables” group of volunteer analysts supplied the Trump campaign with data the mainstream pollsters didn’t have—reveal the true story of how Trump defied the pundits, beat the polls, and won.

Pollak and Schweikart reveal: why only two pollsters got the election even close to right (one of them was working with Larry Schweikart); why working class and rural voters flocked to support a New York City billionaire—and the media completely missed the story; how the “Deplorables” were able to read the early voting data to show that Trump was winning Ohio and Pennsylvania weeks before the election—and were still texting reassurances to his campaign on election night; why the release of the Access Hollywood “sex tape” cost Trump Minnesota and New Hampshire, a four-point lead in the popular vote, and a “yuge” landslide in the electoral college; and how the Clinton Team realized they had lost before Team Trump knew they had won.

Find out how Trump really beat the polls, the odds, and the machinations of Hillary Clinton and her willing allies in the media and political establishment. How Trump Won: The Inside Story of a Revolution is an absolute must-read from a prescient historian and a reporter with the inside scoop—and great stories from the campaign trail. 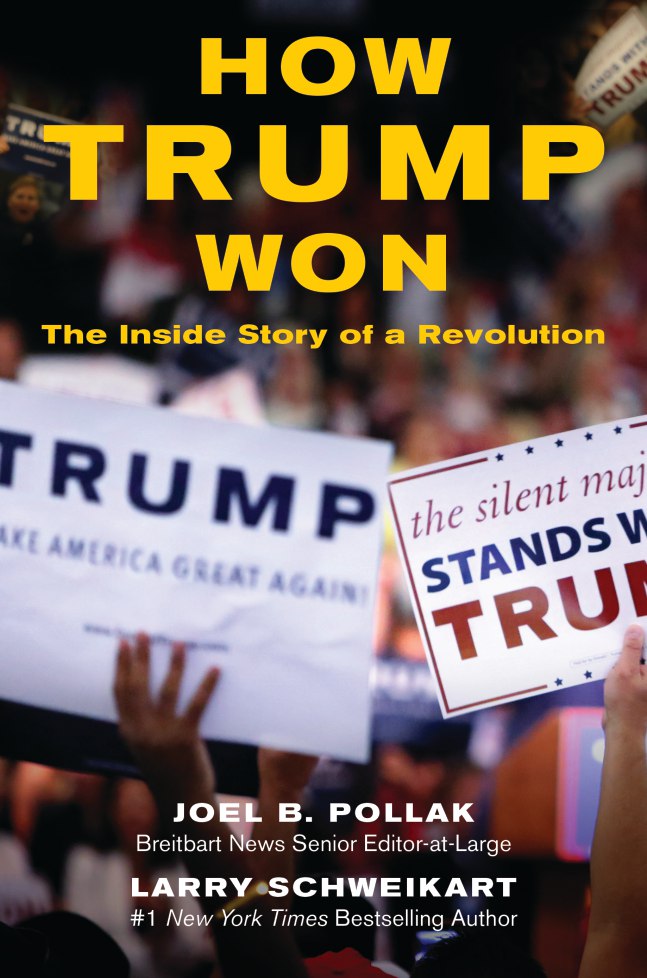 JoelPollackHowTrumpWon.epub
345.11 KB
Please Share This
Related Posts
Many magazines
on the
→ MAGAZINELIB.COM
Book for today - 2019-2022