Rich with character and humor, The Great Leader is at once a gripping excursion through America’s landscapes and the poignant story of a man grappling with age, lost love and his own darker nature. On the verge of retirement, Detective Sunderson begins to investigate a hedonistic cult, which has set up camp near his home in Michigan’s Upper Peninsula. At first, the self-declared Great Leader seems merely a harmless oddball, but as Sunderson and his sixteen-year-old sidekick dig deeper, they find him more intelligent and sinister than they realized. Recently divorced and frequently pickled in alcohol, Sunderson tracks his quarry from the woods of Michigan to a town in Arizona, filled with criminal border-crossers, and on to Nebraska, where the Great Leader’s most recent recruits have gathered to glorify his questionable religion. But Sunderson’s demons are also in pursuit of him. Author Jim Harrison has won international acclaim for his masterful body of work, including Returning to Earth, Legends of the Fall and over thirty books of fiction, nonfiction, and poetry. In his most original work to date, Harrison delivers an enthralling, witty and expertly-crafted novel following one man’s hunt for an elusive cult leader, dubbed “The Great Leader.’ 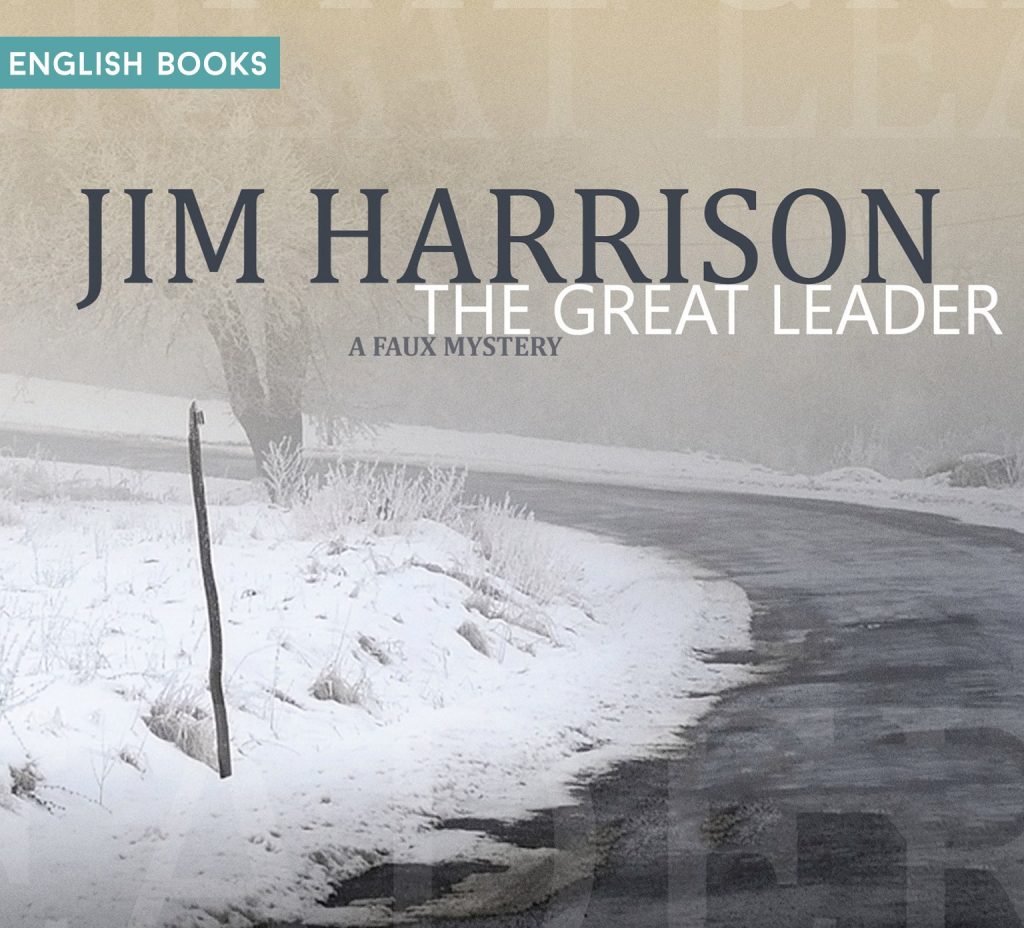